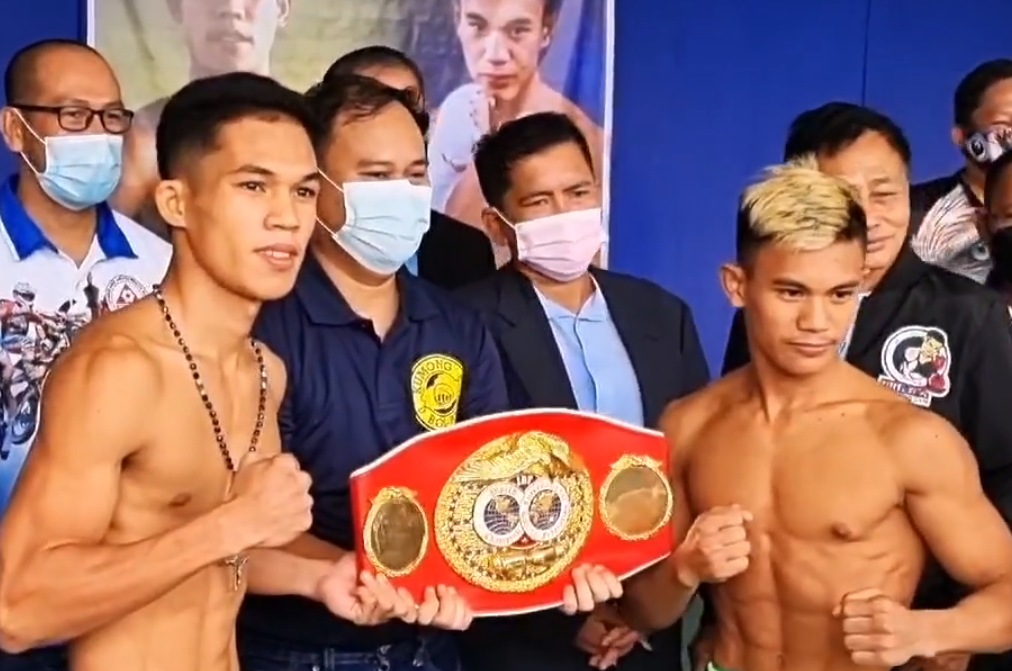 Suganob and Baloro who are both undefeated met each other for the first time during today’s official weigh-in, Thursday, November 9 in PMI Bohol.

The 24-year old Suganob weighed in at 107.3 pounds while Baloro tipped the scales at 106.8lbs for their 10-round showdown for the IBF youth title.

Suganob, the pride of the PMI Boxing Stable in Bohol has won all of his eight fights so far with three knockouts.

Baloro who was initially scheduled to fight ARQ Boxing Stable’s Johnpaul Gabunilas in Cebu on December 20 has a 6-0 (win-loss) record with four stoppages.

Suganob is fresh from a unanimous decision victory against Jake Amparo in “Kumong Bol-anon 1” in September at the same venue.

Baloro will try to shake off ring rust as he hasn’t fought for a year already. His last bout was on December 6, 2020, where he scored a very impressive technical knockout victory against Mark Jequinto in Rizal.

He was supposedly scheduled to fight Gabunilas in October for an OPBF youth title but that was cancelled when the latter suffered an injury during training. 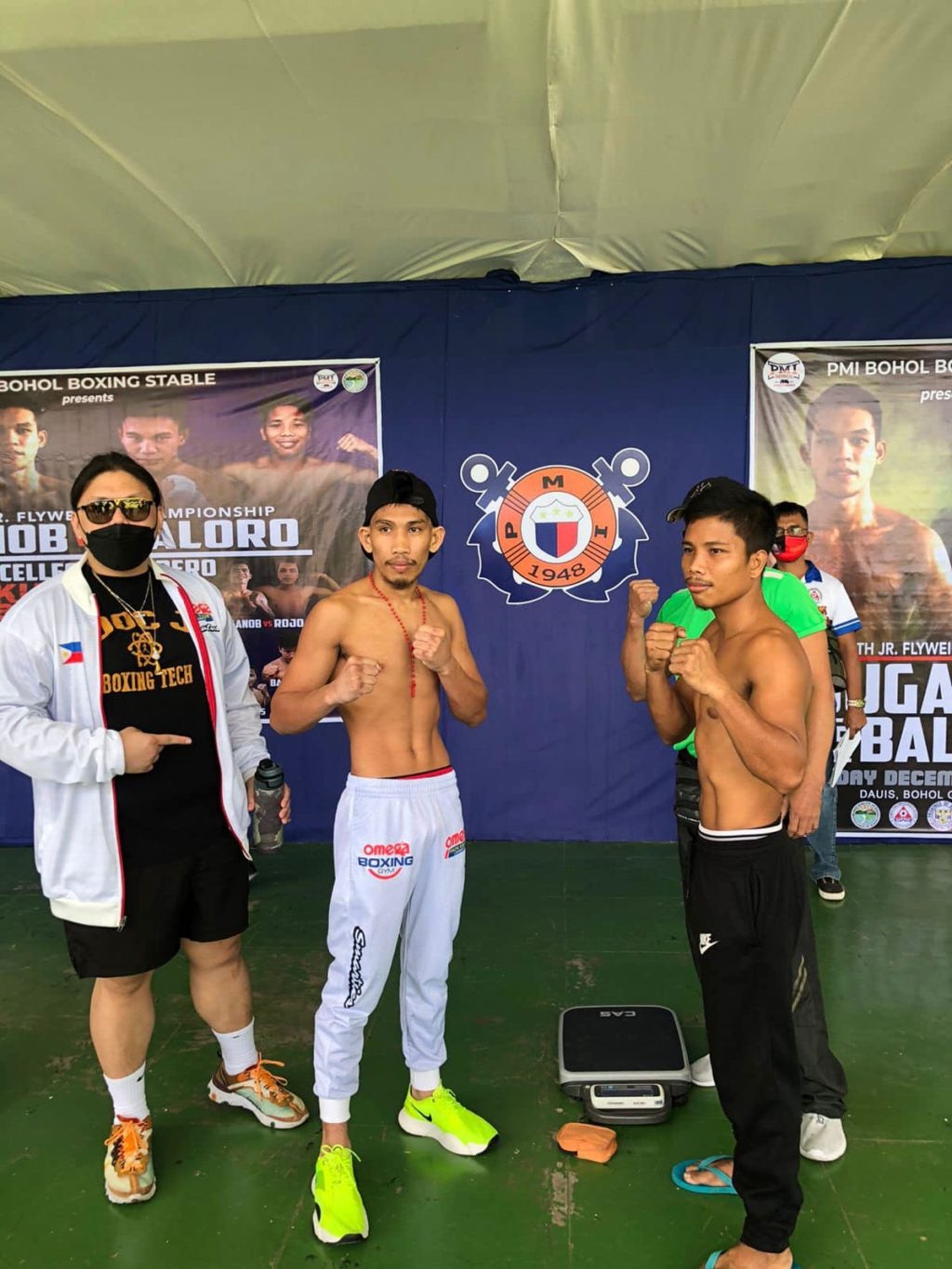 Omega Boxing Gym’s Mark Vicelles (left) and his opponent Toto Landero (right) strike a pose after their weigh-in. The two will fight in the card’s co-main event.

On the other hand, the Villamor Brothers’ first pro boxer, Christian Balunan also passed the weigh-in for his pro debut bout against Roga Libres for four rounds in the minimumweight division.

Balunan, Edito Villamor’s first pro boxer in his post-ALA Boxing Gym career as a trainer, will go up against veteran journeyman Roga Libres (3-16) in the curtain-raiser of the 10-bout card.     /rcg