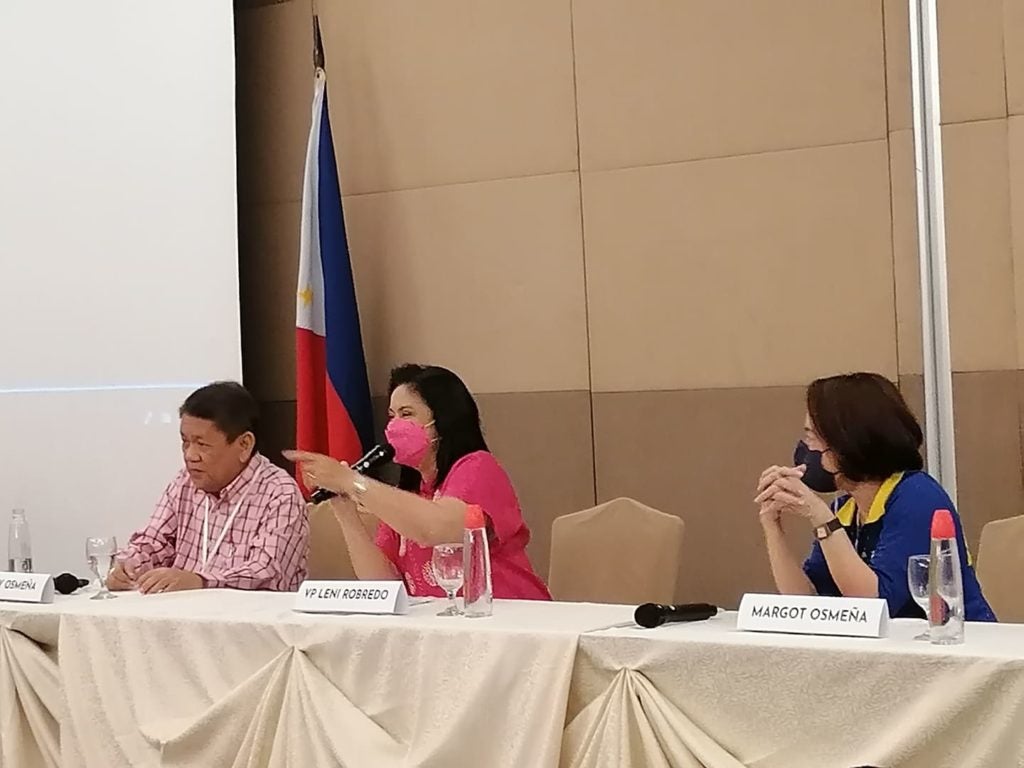 Robredo was here on Monday, December 13 to meet with representatives from BPO firms as well as candidates from the Osmeña-led Bando Osmeña Pundok Kauswagan (BOPK).

BOPK will be endorsing Robredo’s bid for the country’s most powerful position.

In a press conference, Robredo announced that they would be writing a petition to the Commission on Elections (Comelec), requesting special voting precincts dedicated to BPO workers.

“We will try our best best…and we hope Comelec makita yung logic nun (will see the logic in that). It will not only benefit Cebuano IT-BPO people but also the entire country,” said Robredo.

The Vice President met with 25 BPO heads in Cebu at a hotel in uptown Cebu City on Monday morning.

She said she learned from former Cebu City Mayor Tomas Osmeña, head of BOPK, on plans to support Cebu’s BPO industry during the elections.

“I told him I wanted to join…I’m very glad that I came since a lot of the things that they discussed, I’m hearing for the first time,” Robredo said.

“Kung di mapapabigyan (If this will not be granted), it will cause disenfranchisement of voters,” she added.

BPO representatives also requested that the special polling centers for their employees be in operation 24/7 due to varying schedules.

(Because they said that if they will not be given special consideration, then many of them cannot vote.)

There are close to 200,000 workers employed in Cebu’s BPO industry, according to Osmeña.

“Fortunately, we have a Vice President who is willing to listen,” said Osmeña.

Your subscription could not be saved. Please try again.
Your subscription has been successful.
Read Next
The queens have spoken and they are all proud of Ms. Universe 2021 Top 5 finalist Bea Gomez