Palma: Hope in these dark times lies in Christ 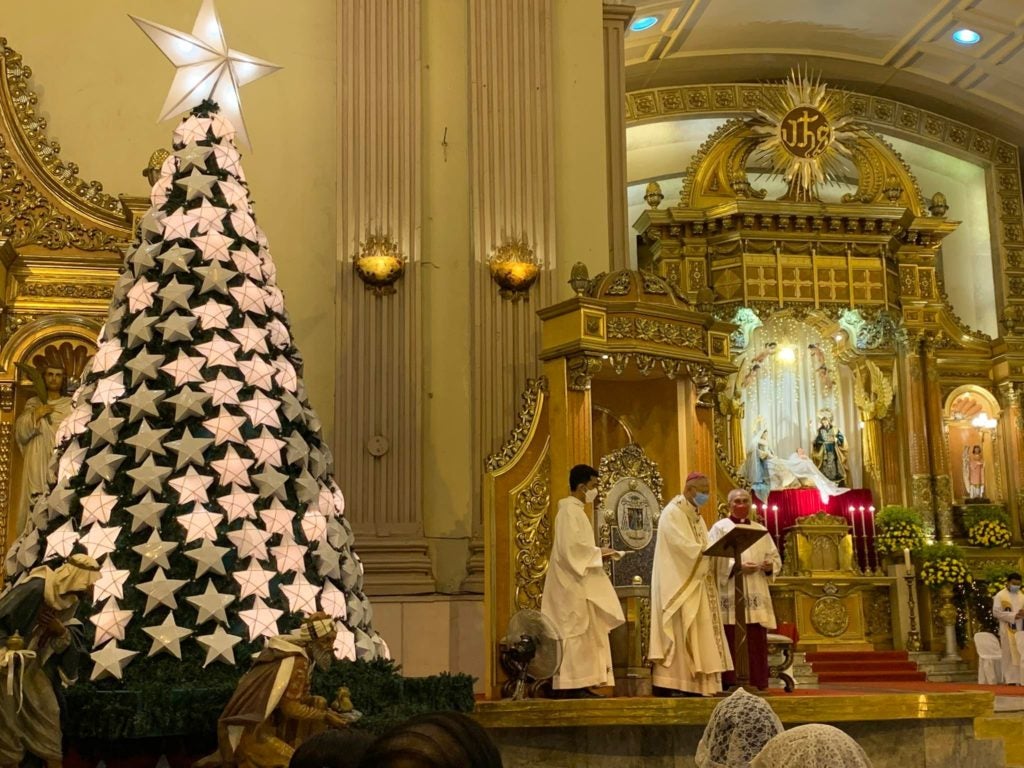 Cebu Archbishop Jose Palma urges Cebuanos to continue to have faith and hope amid these difficult times. | Delta Letigio

CEBU CITY, Philippines — Jesus Christ is the source of light amid these dark times.

This was the message of the homily of Cebu Archbishop Jose Palma during the Christmas Mass on December 24, 2021, hours before Christmas Day.

Palma said that the challenges Cebu had been facing this year had been a unique kind of suffering from both the pandemic and the typhoon becoming major hurdles in daily life.

(We see the suffering of the people. This we offer to God. He is the hope, the God made into man.)

He said that while darkness engulfed the province due to Typhoon Odette, it might be difficult to find hope.

Yet as long as people remain steadfast in faith in Christ, the Child Born, hope will never die.

(We cannot endure facing the ciris, but because God is with us, we can make it through.)

The prelate urged the public to remember the birth of Christ over 2,000 years ago, take to heart the challenges of his birth, and the hope of salvation He brings.

Despite a sordid situation, the prelate still greeted the public with a “Maayong Pasko (Merry Christmas)!”

Eventhough most of Cebu City’s downtown remains unenergized, a crowd still attended the Christmas Mass at the Cebu Metropolitan Cathedral.

However, the crowd is relatively smaller compared to past years as only the interiors were filled under limited capacity.

A few chairs were filled at the grounds, but due to the rainy weather, no crowd gathered.

In previous years, the Christmas Mass usually filled the maximum capacity of the Cathedral interior and grounds.

Nearly half of MCWD’s franchise area now has water supply

Read Next
A dark Christmas for most of Metro Cebu