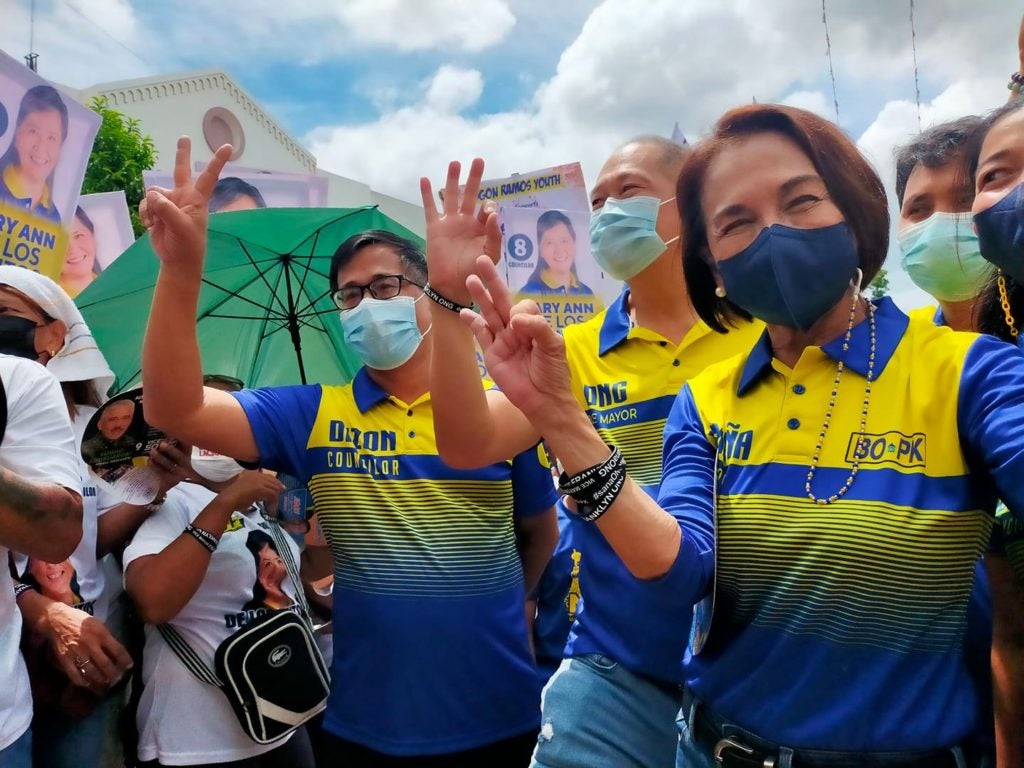 Cebu City mayoral candidate Margot Osmeña (right) says he is hoping that there will be no threats among the Bando Osmeña-Pundok Kauswagan supporters and that the true will of the people will come out in the elections. | Delta Dyrecka Letigio

Mayoral candidate, Margot Osmeña, said that she hoped that the will of the people would be respected.

In the 2019 midterm elections, BO-PK members and allies experienced alleged threats from unidentified individuals and even allegedly from the police force.

The house of the village chief of Barangay Sudlon I at that time was riddled with bullets when unknown men shot at his home in the dead of the night.

A BO-PK official was reportedly slapped; riding in tandem stalked the houses of barangay leaders; and even in the eve of the elections, mountain barangay residents reported armed men lurking around.

The atmosphere of Cebu City then was near violence to the point that then mayor, Tomas “Tommy O” Osmeña, has asked the Commission on Elections (Comelec) to put the city under their control.

Police patrols were allegedly monitoring the residence of the Osmeñas causing fear for the safety of the family.

Back then, Tommy O had a challenging relationship with then Cebu City Police Office (CCPO) director, Royina Garma and then Police Regional Office in Central Visayas (PRO-7) director, Debold Sinas.

The tension sprung after a policeman was killed by the bodyguard of Tejero Barangay Councilor Jessielou Cadungog in T. Padilla Extension after the policeman allegedly tried to shoot Cadungog.

Tommy O failed to be reelected in 2019 after the highly intense elections. 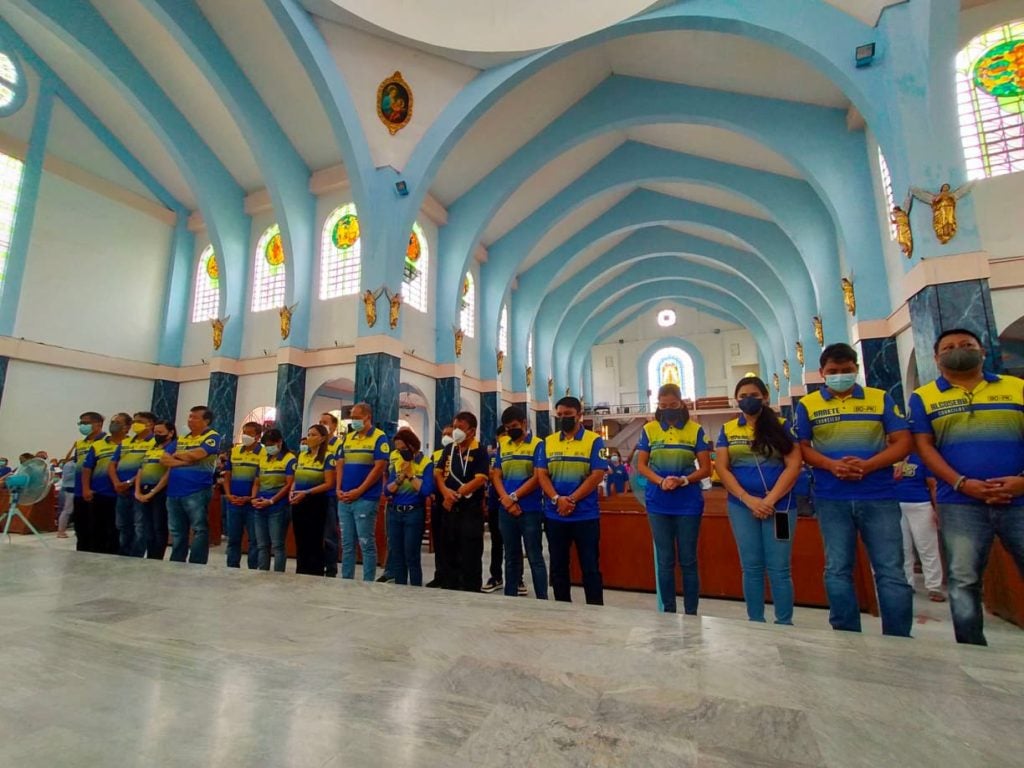 The Bando Osmeña-Pundok Kauswagan (BO-PK) led by its standard bearer Margot Osmeña starts its campaign with a Mass at the National Shrine of the Our Lady of Guadalupe in Barangay Guadalupe, Cebu City today, March 25, which is the start of the campaign period for local officials. | Delta Dyrecka Letigio

Three years have passed and Tommy O’s wife is now running for mayor with Franklyn Ong as her vice mayor.

(We pray, of course, that that will not happen again and the true will of the people will come out. We signed a peace covenant. We hope that we keep our words.) 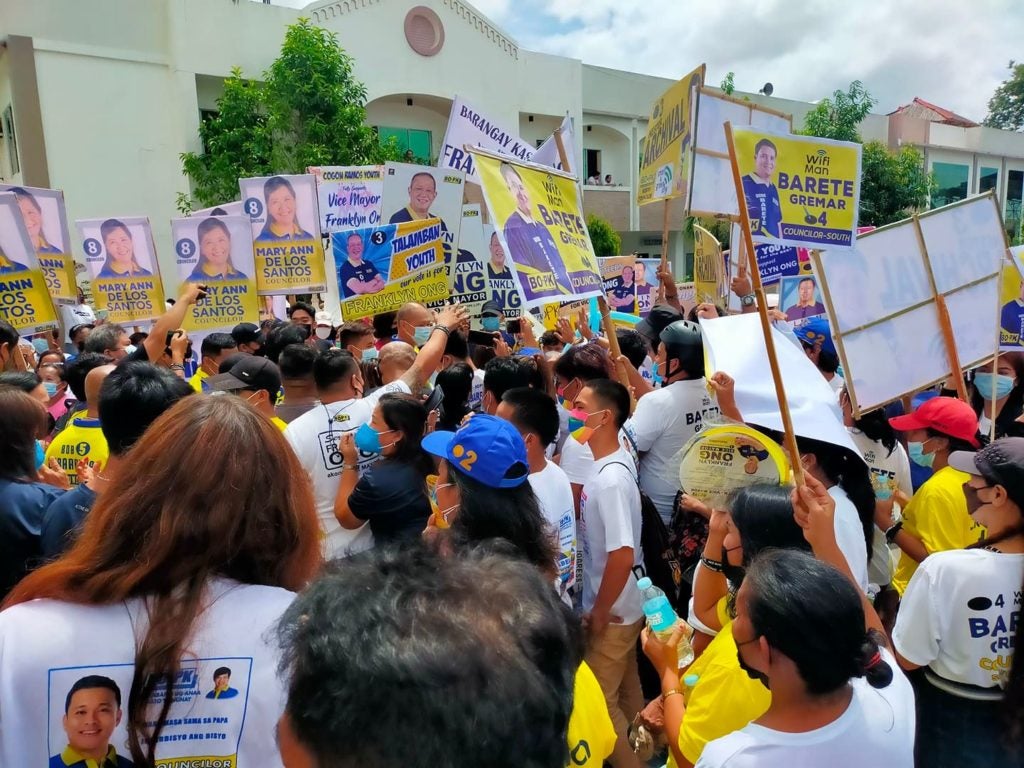 BO-PK standard-bearer Margot Osmeña says she hopes that this will be a safe election for BO-PK and that the true will of the people will come out during the elections. In photo are supporters of BO-PK outside the National Shrine of the Our Lady of Guadalupe during the kick off of the campaign for the local party. | Delta Dyrecka Letigio

BO-PK launched their campaign at the National Shrine of the Our Lady of Guadalupe, an election tradition for the party.

Osmeña and Ong along with Congressional candidates, BG Abellanosa for the South District and Cutie Del Mar for the North District, led the launch.

They were joined by the councilorial candidates for both districts.

Supporters flocked the Guadalupe church with banners and blasting campaign jingles to show their support.

“Make the choice and let your voice be heard,” Osmeña urged voters.

Read Next
Local campaign day 1: Peaceful, orderly, with a bit of traffic