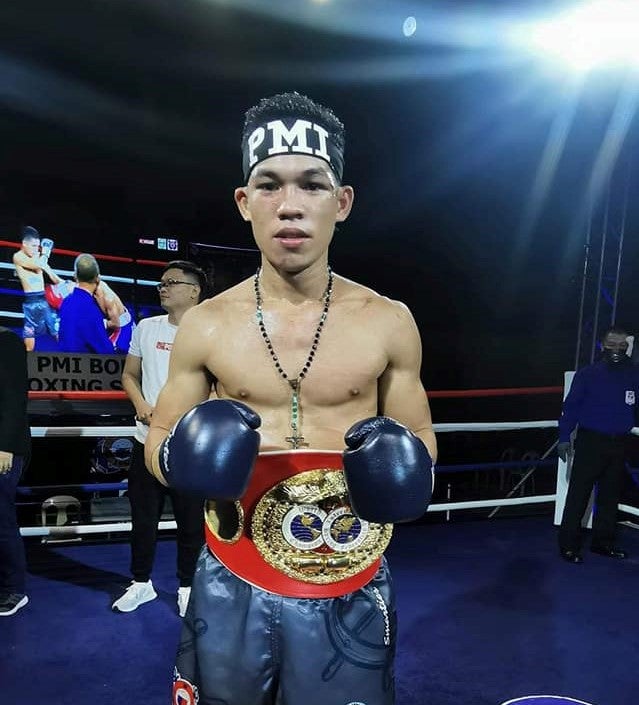 The 24-year old Suganob of Dauis, Bohol, the reigning International Boxing Federation (IBF) Youth light flyweight champion jumped from 10th to 8th in the IBF’s light flyweight division for the month of March.

Suganob, the pride of the PMI Boxing Stable in Bohol, defeated Ricardo Sueno via unanimous decision in the main event of the “Kumong Bol-anon III” fight card last March 7 in his hometown.

The win improved his record to 10 wins with three knockouts and ultimately, his rankings in the IBF’s light flyweight division.

With his ascension in the rankings, Suganob also improves his chances of getting bigger fights in the future, and ultimately a chance to fight for the world title.

The IBF world light flyweight title is held by Nicaraguan knockout artist Felix Alvarado (37-2, 32 KOs) who has been the reigning champion since 2018.

Aside from Suganob, two other Filipinos – Christian Araneta and Mark Vicelles of the Cebu-based Omega Boxing Gym are also in the Top 10 of IBF’s light flyweight division.

The undefeated Vicelles is ranked No. 5 while Araneta trails him at No. 6.

Suganob is one of the top prospects in the country. Last year, he won all his four fights and snatched the IBF Youth title by outpointing Jerome Baloro in their 10-round tussle.   /rcg