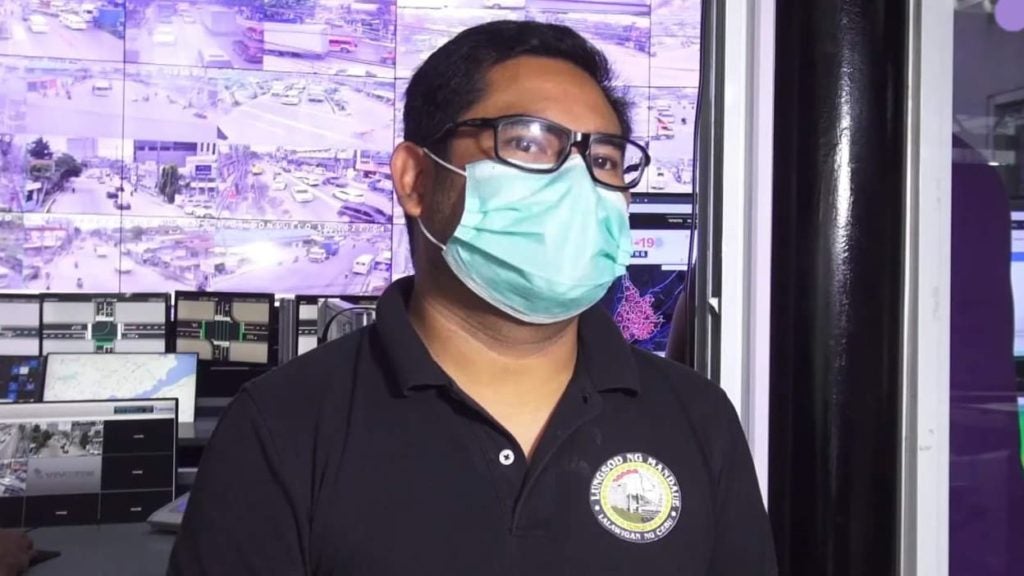 Karlo Cabahug, head of the research and planning division of the City Disaster Risk Reduction Management Office, says they are preparing for the coming storm on Monday. | Mary Rose Sagarino

MANDAUE CITY, Philippines — The Mandaue City Disaster Risk Reduction and Management Office is preparing for the weather disturbance that is anticipated to enter the Philippine Area of Responsibility (PAR) on Monday, April 11, 2022.

The Philippine Atmospheric, Geophysical, and Astronomical Services Administration (PAGASA) earlier said the a tropical cyclone outside the PAR might enter the country on Monday.

Karlo Cabahug, head of the research and planning division of the Mandaue Disaster Risk Reduction Management Office, said they had already arranged in advance their equipment so that when it would be needed they could get it immediately to respond to any emergency.

Cabahug said they were also closely monitoring the weather at the command center.

He said that they would deploy personnel in different areas in the city especially those flood-prone areas.

The two areas were Lopez Jaena St. in Barangay Tipolo and outside Mayor A.S Fortuna Memorial Elementary School in Barangay Guizo. These areas are some of the most flooded areas in the city.

Cabahug said they did not receive any untoward incidents, but as they were monitoring on social media they saw posts from some residents that floodwaters had entered their houses.

Cabahug said although a drainage system was constructed along Lopez Jaena St., flooding was still experienced because only the first phase was completed. The construction started in July 2021.

He said according to the City Planning and Development Office, the second phase would be constructed to fully complete the drainage system.

(The second phase is the one heading to the outfall.)