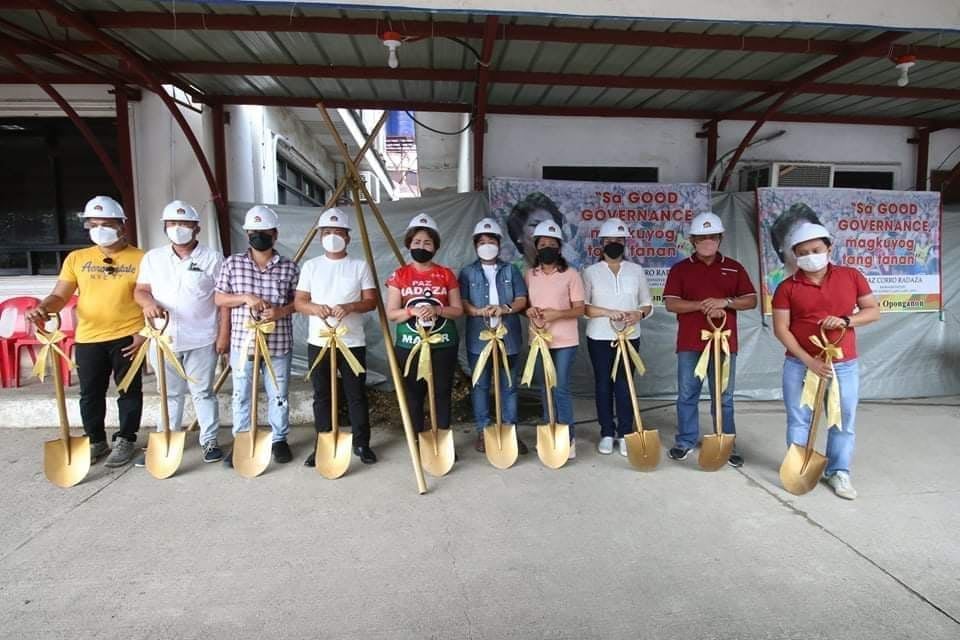 On Friday, April 8, 2022, Representative Paz Radaza (lone district of Lapu-Lapu) led the groundbreaking ceremony for the two multipurpose buildings, together with the representatives from the Cebu 6th District Engineering of the Department of Public Works and Highways in Central Visayas (DPWH-7)ip, and Mactan Barangay Captain Evaristo Dihayco.

The project was also turned over by Radaza to Dihayco after the signing of the Memorandum of Understanding (MOU) and dropping of time capsules as part of the beginning of the construction.

The multipurpose buildings house the Health Center & Birthing Home and the Gender and Development (GAD) office Building in Barangay Mactan.

(Your visit here will be a good one and there will be lots of space especially if you come here for a check up on your health because we made the area bigger for your health center and birthing home.)

According to Radaza, the officials of Barangay Mactan also decided to make the other building as their GAD office as this plays a big part in the development of the services in the barangay.

Radaza asked the barangay officials in Mactan to maintain the facility as this is a government funded institution and it is the taxpayers’ money.

(My only request to you is to take good care of these buildings when these are completed so that more residents of Mactan can benefit from this and they can experience good service from you.)

Read Next
Have you tried bibingka from Catmon?