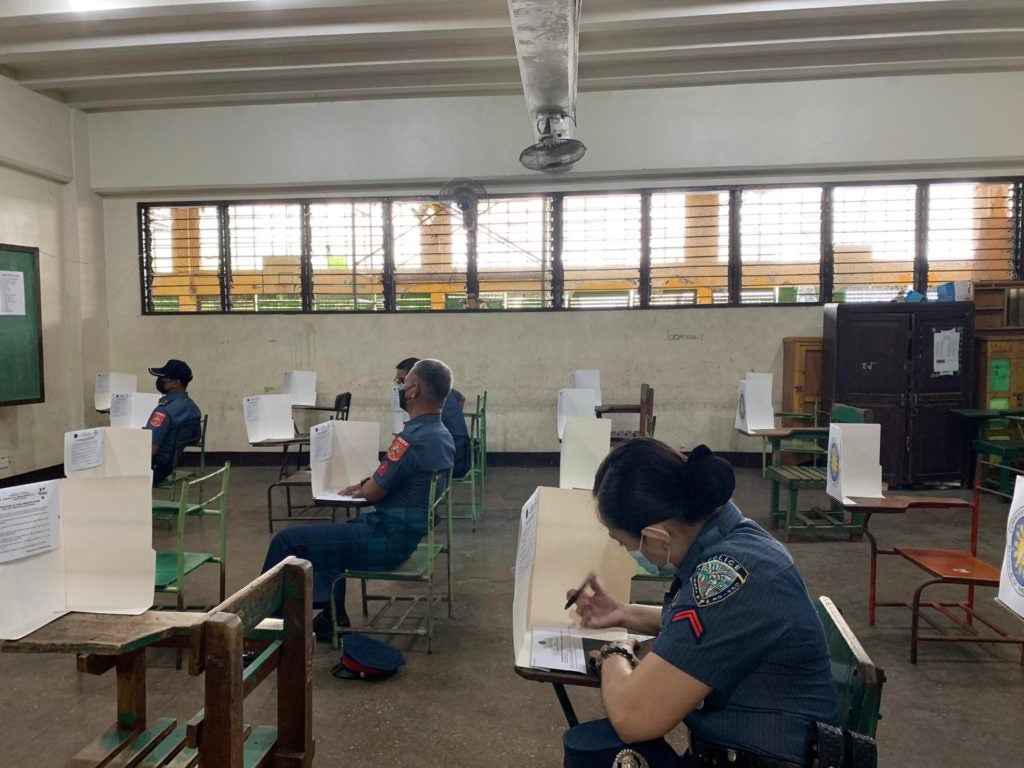 Personnel from the Police Regional Office (PRO-7) cast their votes for the May 9 elections through absentee voting.

CEBU CITY, Philippines — At least 1,751 police personnel in the region are expected to cast their votes until Thursday, April 28, 2022, through absentee voting.

Police Corporal Glenn Bordalba of the Mandaue City Police Office (MCPO) said that he availed the absentee voting as he prepares to be deployed somewhere like in past elections.

Despite busy schedules, especially during this crucial time, Bordalba said that it is important that everyone must exercise their right to vote.

According to Jun Bedulo, election officer of the Cebu City Commission on Elections (Comelec) North District, they will accommodate police personnel, for now, to be followed by members of the Armed Forces of the Philippines probably this Friday, April 29.

With this, they expect to serve a total of 1,892 absentee voters, including AFP.

Bedulo added that during today’s absentee voting, their role was limited only to supervising the process as chosen PNP personnel will be responsible for the manual voting.

He said that ballots will be forwarded to the Committee on Local Absentee Voting in Manila.

Bedulo clarified that absentee voters are only allowed to vote for national posts such as president, vice president, senators, and party list.

Read Next
Fire-prone areas in Mandaue get fire hydrants, extinguishers