DepEd Cebu City appeals for increase in teachers’ May 9 pay 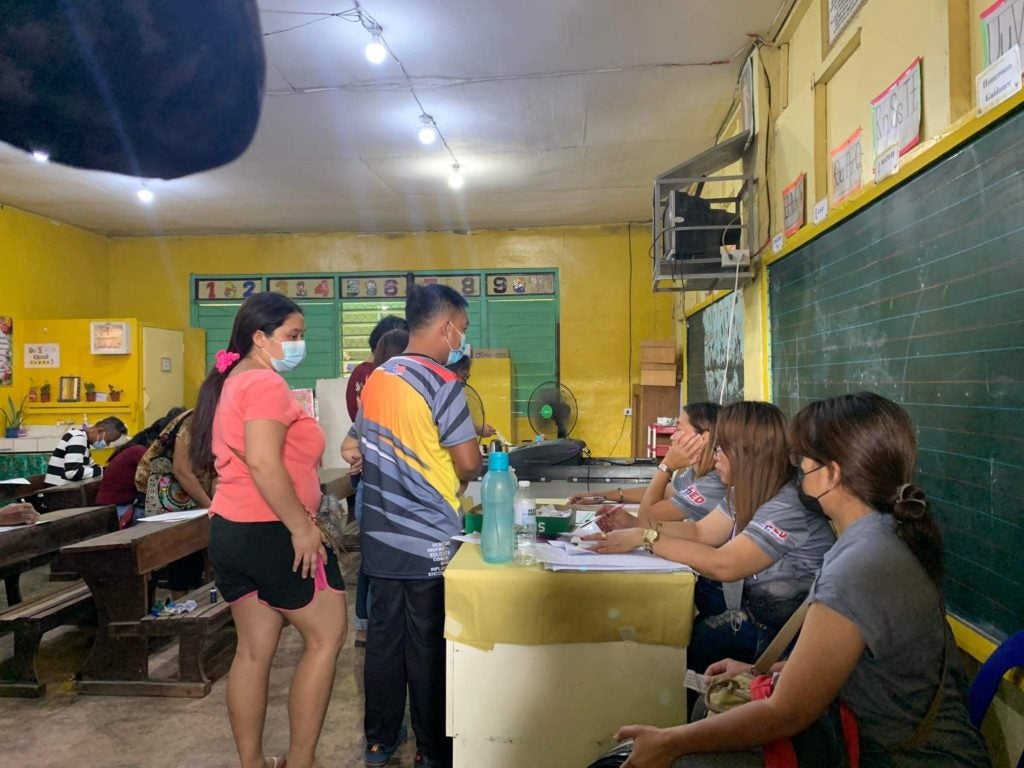 The Vote Counting Machine for clustered precinct 757 in Barangay Mambaling, Cebu City was brought back to its assigned precinct after undergoing repair that lasted for about three hours. The VCM malfunctioned shortly after voting started at 6 a.m. on Monday, May 9, 2022. | CDN Digital file photo

CEBU CITY, Philippines — An official of the Department of Education (DepEd) in Cebu City expressed hope that the 4, 000 teachers who served in the May 9 elections would eventually get more than the P5, 000 pay that was promised to them.

Dr. Rhea Mar Angtud, the city schools division superintendent, said that most of their teachers rendered longer hours to complete the voting process and the transmission of election results after some of the vote counting machines started to malfunction.

(Nobody experienced harassment.  But there was one teacher who was already very sleepy that she placed the SD card inside the sack [intended for other election paraphernalia], but we were able to recover it.)

Angtud said teachers, who served in the elections, are expected to receive P5, 000 as election duty honoraria.

But there is now a pending request from DepEd to release an additional P3, 000 for teachers who served extra hours in order to handle technical glitches and other issues relating to the conduct of the May 9 elections.

Angtud said teachers deserve the extra pay since some of them had to work beyond midnight to make sure that election results were properly transmitted to the Comelec canvassing center.

In Cebu City, a total of 4, 000 teachers were deployed to 63 public schools on elections day.

Meanwhile, Angtud said, that except for reports on VCMs that malfunctioned in some precincts, the conduct of the May 9 elections here was smooth sailing.

“Wala ra kaayoy problema. As a matter of fact, nahuman ra within the two days sa elections. After the elections, rest day man to nila sa teachers,” she said.

(We did not experience major problems. As a matter of fact, everything was completed within a period of two days.  After the elections, all of the teachers had their rest day.)

Angtud expressed hope that upgrades will already be introduced in the next elections and the defective VMCs replaced.

The continued use of defective VCMs caused long queues outside some of the voting precincts in Cebu City and the continuation of voting beyond the 7 p.m. deadline set by Comelec.