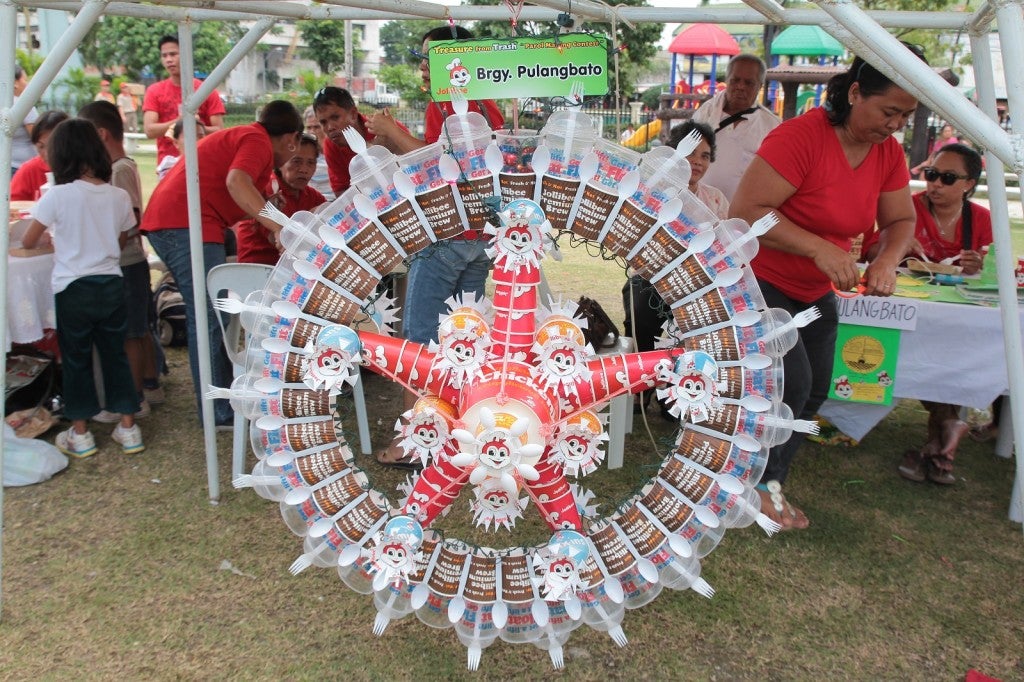 Bearing the theme, “Empowering Women to Tackle Trash for the Betterment of our Climate, the Economy & our Human Dignity,” the tie-up activity is in line with the city’s Public-Private Partnership and the fast-food chain’s corporate social responsibility (CSR) program in preparation for this year’s Christmas season.

The Parol Making Contest has a total of 9 identified barangays in the city represented by a group which is composed of 10 members each. The 9 participating barangays are the following: Day-as, Hipodromo, Pit-os, Pulangbato, Tinago, Lorega, San Antonio, Ermita and Parian

All parols were donated to the Parks and Playgrounds Commission and will be displayed at strategic locations for Pasko sa Sugbu 2014.

Jollibee Foods Corporation also donated used paper cups to the Parks and Playground Commission to be utilized as pots for plants and ornaments to beautification projects in preparation for the upcoming APEC Summit and International Eucharistic Congress.

On the other hand, the Cebu City Government commended Jollibee Foods Corporation for organizing the Parol Making Contest and turnover of used paper cups.