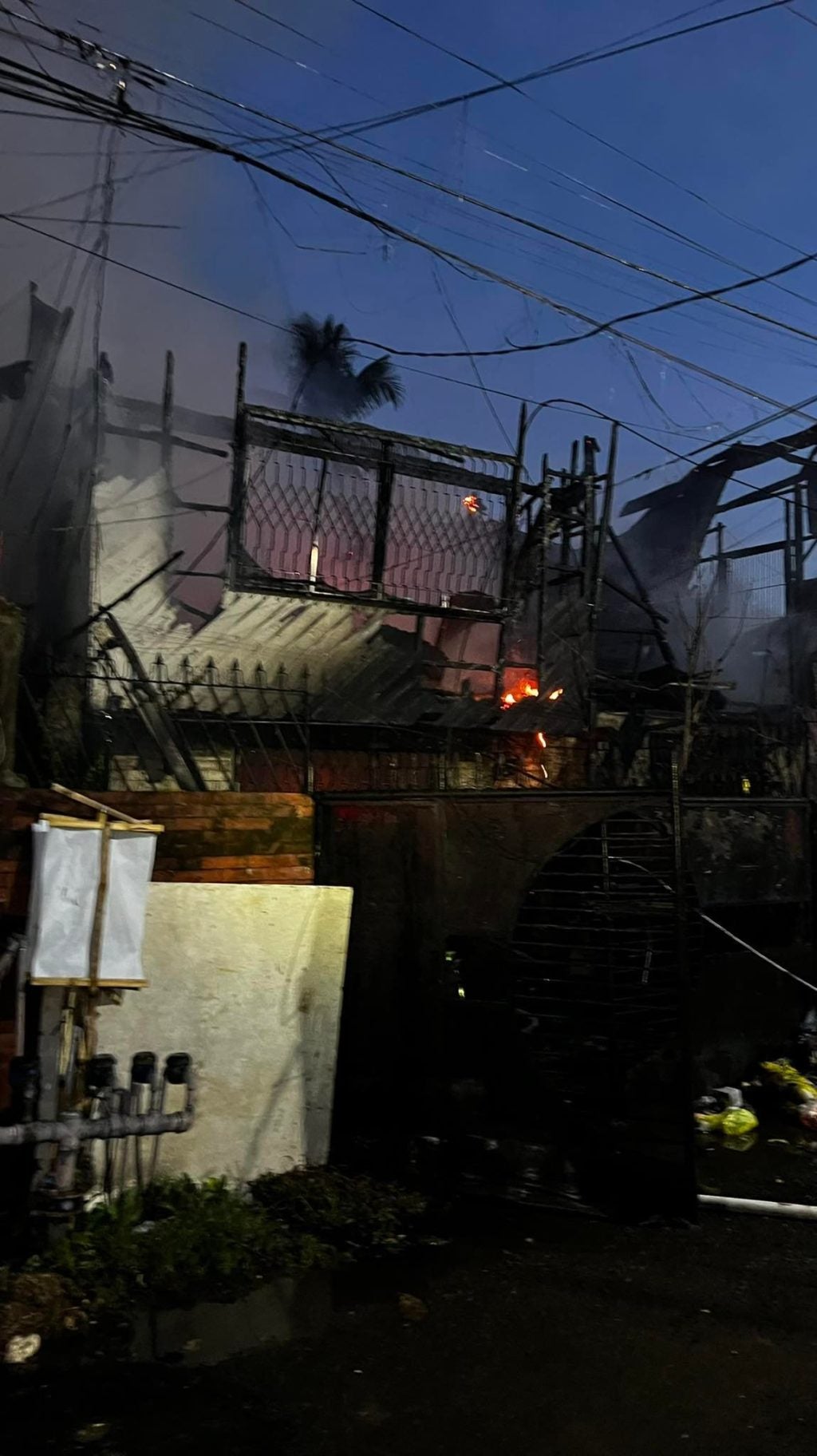 Two houses were razed by a fire that hit Victor Village in Barangay Punta Princesa in Cebu City this Thursday afternoon, June 2, 2022. /via Paul Lauro

The fire totally burned two adjacent houses in the village owned by a certain Narcisa Tagalog. The houses sat on a 180 square meters area.

SFO2 Wendell Villanueva, spokesperson of the Cebu City Fire Office, said no one died or was reported injured during the fire that lasted about 30 minutes on Thursday, as no one was in the houses when the fire broke out.

Fire authorities are still trying to establish the cause of the blaze.

A total of 36 fire trucks responded during the incident.   /rcg