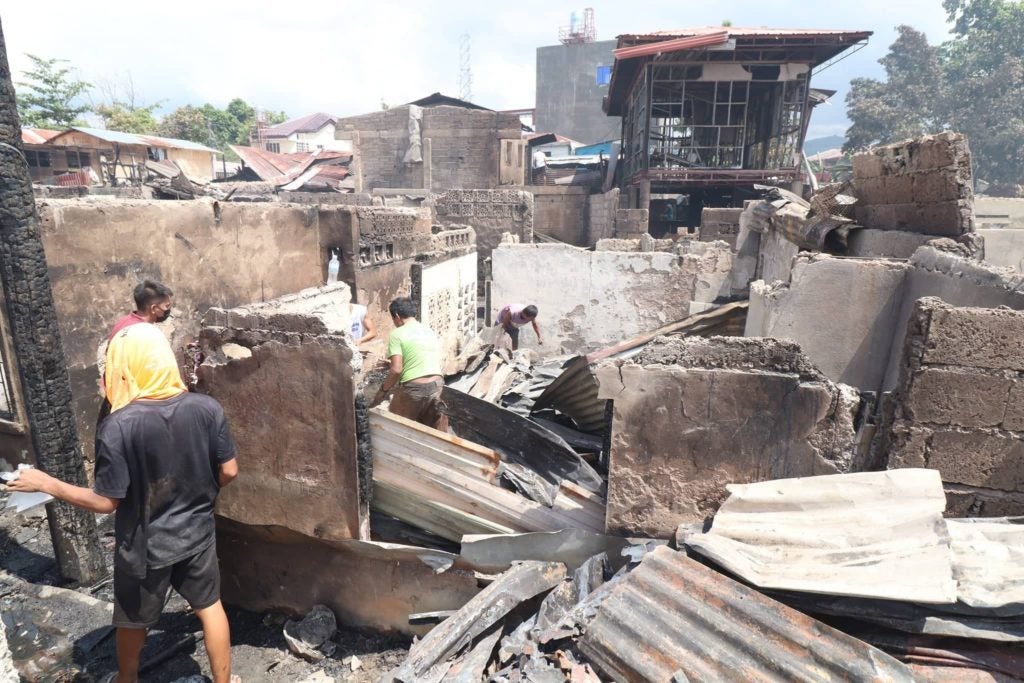 Residents salvage whatever materials they can get from what remains of their razed houses a day after the June 11, 2022 Punta Princesa fire in Cebu City. | Photo Courtesy of Cebu City PIO

Villanueva said that they strongly believed that the fire was set intentionally.

He also begged off to disclose further details until the case would be filed against the suspects.

(We are making sure that if we file a case, our argument and evidence should be airtight so that these will not be wasted, and will not be dismissed for lack of evidence.)

(We could have focused on the issue but what can we do several fire incidents happened and we have to focus our attention on them.)

He also said that they already had a witness, who reportedly had personal knowledge about what happened.

But Villanueva said that they had yet to talk to that person.

Initial investigation showed that there were individuals engaged in an argument before the fire started.

Residents claimed that the fire started at the house of these arguing individuals.

Villanueva said that they might file the arson complaint possibly within the week and the CCFO would act as the complainant.

He also assured that the regular process of filing the arson complaint against these individuals would be followed.

Punta Princesa may have been intentionally set, says CCFO

Read Next
Body found in Luyang Cove in Carmen identified