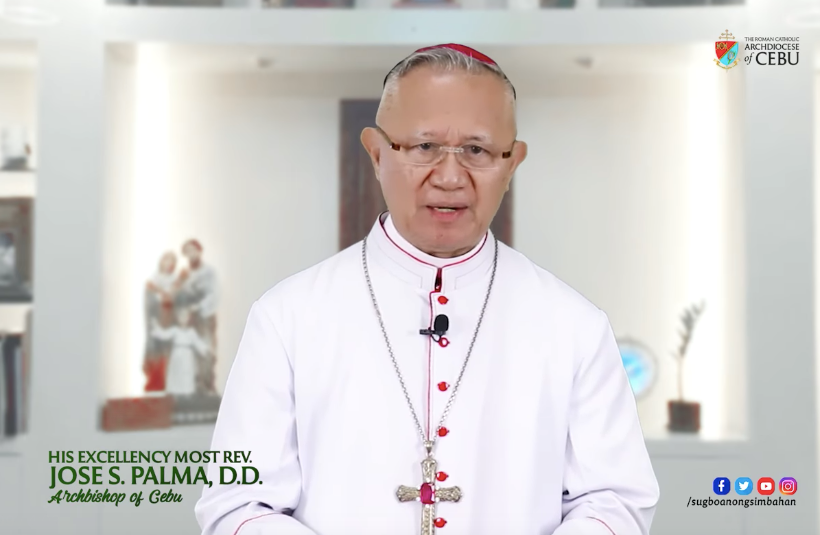 Cebu Archbishop Jose Palma is encouraging the new Cebu City officials, who took their oath on Thursday to be prayerful and mindful about their constituents hopes and dreams and that they become leaders of the people and for the people.| Photo from the Archdiocese of Cebu’s video (File Photo)

CEBU CITY, Philippines — As the new Cebu City government officials took their oath of office on Thursday, June 30, 2022, Cebu Archbishop Jose Palma reminded them to be prayerful, good public servants, and mindful about their constituents’ “dreams and hopes.”

Palma celebrated a Mass hours before the actual oath taking ceremonies of Cebu City Mayor-elect Michael Rama, Vice Mayor-elect Raymond Alvin Garcia, and the Cebu City councilors from South and North districts, which was held at the Plaza Sugbo grounds in Cebu City on Thursday, June 30.

The prelate emphasized that the privilege of being elected as city leaders would also come with an immense responsibility towards the people that they ought to serve.

“I’ve said (that) the people have spoken through the votes, and we also consider that as God’s way of telling us kitang molupyo nga (we the constituents that) we respect the sentiments of the people. More importantly, ang akong (my) message para sa mga (to those) elected officials because I said kini dako nga (this is a big) honor, dako nga pribilehiyo pero (this is a big privilege, but) it also goes with responsibility,” he told reporters.

“Dili lang (It’s not just) we’re after honor. We should also be mindful that with honor is also tremendous responsibility,” he said.

Palma on leaders and faith

During his homily, Palma told the Cebu City officials to become people “full of great faith” as a reflection of the city they serve and represent.

He said with Cebu being a cradle of Christianity and a religious city, then it would be just fitting that its leaders would also be people of great faith.

“Our prayer should be living in the presence of God. To me, para nako, importante jud na siya (for me, that is really important). Because as I have said you may have talents, but if we pray, we are asking God. Lord, thank you for giving me the talents, but I want to put my talents to good use, and I can do it with your blessing,” he said.

“The disposition should be public servant…We are selected so that we will serve the people ingon ini (this way). Kung (If) basketball, if you win tapos na. Nagdaog ka na (then that is that. You win). In election, if you win, you only start. You start, wala ka na nagtapos na (you are not done yet). You’re only beginning,” he added.

Finally, Palma said that like every good leader, the officials should be mindful and sensitive to the dreams and hopes of the people they would serve — that they become “leaders of the people, for the people.”