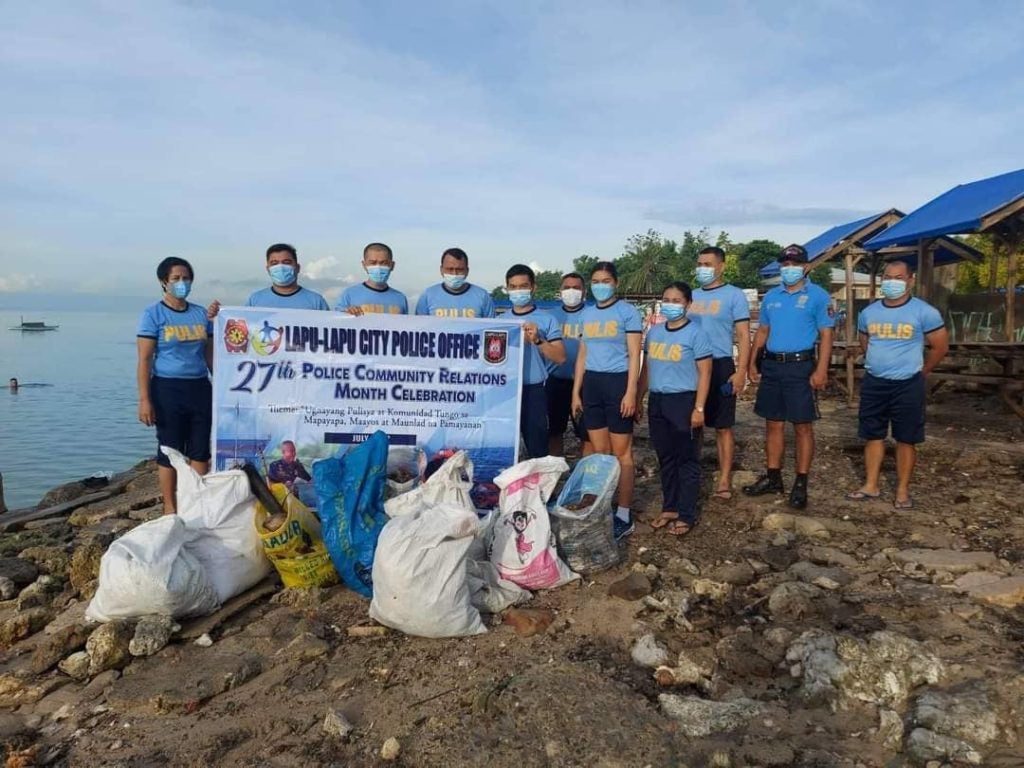 Lapu-Lapu City policemen conduct a coastal cleanup and scubasurero drive on Friday, July 15, where they have collected nearly 200 kilos of garbage. | Contributed photo

“The ocean provides us with so much. It’s important to make sure we are taking care of it, so that it can continue to take care of us,” Police Colonel Arnel Banzon said, city director of LCPO.

The majority of the garbage that was collected during the activity were food wrappers, nylon, bottles, used tires, and PVC plastic.

Around 55 policemen and their members of their partner groups participated in the activity, which was in line with the 27th Police community Relation Month Celebration 2022 with a theme: “Ugnayang Pulisya at Komunidad Tungo sa Mapayapa, Maayos at Maunland na Pamayanan.”

According to the LCPO, they collected garbage which they placed in 7 sacks weighing 20 kilos each and there were still others that were not placed in the sacks.

So they estimated the garbage gathered during the activity were nearly 200 kilos.

The Lapu-Lapu City Police have hauled at least seven sacks of garbage weighing 20 kilos each during their coastal cleanup drive in Barangay Marigondon, Lapu-Lapu City on Friday, July 15. | Contributed photo

The partners of the LCPO, who participated in the cleanup drive were members of the  the Lapu-Lapu City Hope for Corals Divers Association, SAWUM Free Divers, Mactan Adventure Cue, SugarSea Inn Dive Resort, Clean and Green, and Barangay Marigondon BPSO.

Ship catches fire off the coast of Lapu-Lapu, two hurt

Read Next
358 boys benefit from Operation Tuli in Talisay City