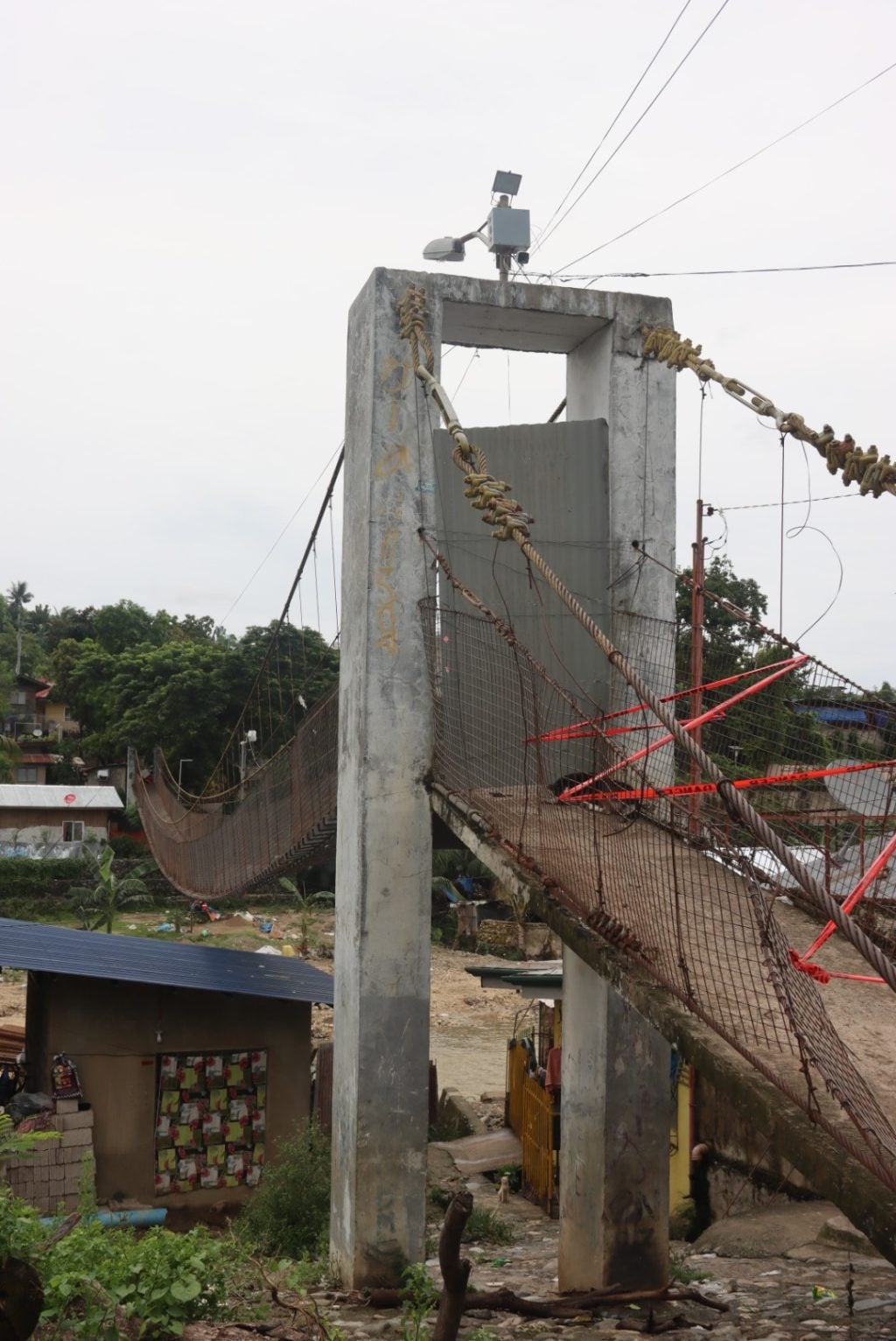 A hanging bridge connecting Barangay Lagtang and Lawaan 3 is temporarily closed after the accident, where two teenagers fell off the bridge on a rainy Sunday afternoon, July 17, 2022. | Mayor Samsam Gullas FB page

Talisay City Mayor Gerald Anthony “Samsam” Gullas said this after he and other officials visited the area and checked the hanging bridge, earlier on Monday, July 18, 2022.

Gullas, in his Facebook post, stated that they were with the city’s engineering team and assessed which part of the bridge needs repair.

He added that it would take more or less one to two months to repair the said hanging bridge.

(When we visited the area, we learned from residents and barangay officials that many people would hang out on the hanging bridge and play there, especially when it would rain because they are curious and would want to see the river. This is the reason the bridge tilted yesterday.)

He was referring to the incident where two minors accidentally fell from the hanging bridge, which tilted due to a loosened cable. The incident happened on a rainy Sunday afternoon, July 17, 2022.

The two minors were among the group of 10 to 15 minors, who went to the bridge to watch the flood of water rushing into the river located below the hanging bridge. The bridge was 10 feet from the river.

Earlier, Lawaan 3 village chief Regie Marababol said that the hanging bridge had been used by the public for 15 years or more.

Gullas, for his part, stated that he already told the barangay captains of these two villages to station village watchers on both ends to make sure that no one would pass through the hanging bridge for now.

“As to the 2 kids…I asked the Aksyon Agad Desk in our hospital to pay for the expenses and the LGU will help as far as medicines are concerned,” Gullas said.