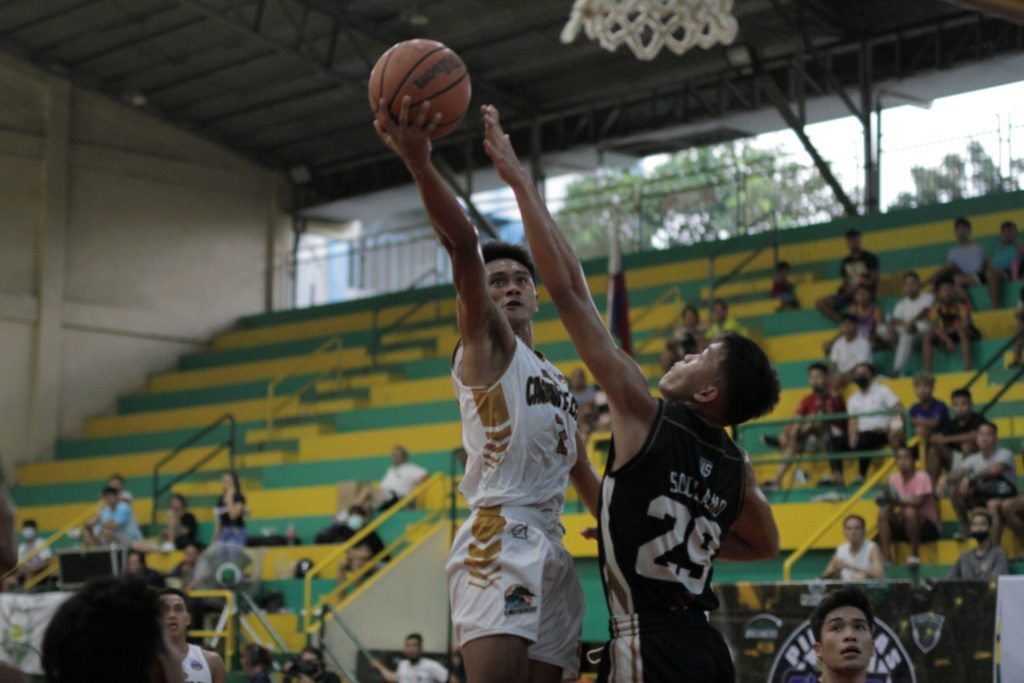 Jeames Neil Incio of Cagayan de Oro goes for a layup during their game against Mandaue City in the PSL 21-U VisMin Leg on Friday, July 22, 2022. | Photo from the PSL Media Bureau.

The victory tied the Kingfishers with the Consolacion Sarok Weavers at the top of the team standings with a 3-0 (win-loss) slate.

Mandaue City’s Zylle Cabellon and JZ Dizon scored 27 and 24 points, respectively, but it wasn’t enough to carry their team to victory.

Cagayan de Oro led throughout the game until the fourth period when Mandaue City crawled back from a 10-point deficit to just two, 92-90, from Dizon’s three-pointer with 32 seconds left in regulation.

Murillo attempted a three-pointer but missed badly with 16.9 seconds left.

Coming from a time-out, Dizon cut in the middle and dropped a pass to Christian Carl Sollano who converted a short jumper that tied the score at 92-all, sending the game into overtime.

However, in the extension period, the Kingfishers grabbed a seven-point lead, 106-99, with a minute left.

Christian Russel Hosain then put the icing on the cake with his dagger three-pointer to stretch Cagayan de Oro’s lead to nine, 109-100, en route to their big win.   /rcg

Meanwhile, the San Fernando Buffalos beat the Asturias Corn Ranchers, 82-66, in the first game to jump to the No. 2 spot in the team standings with a, 2-2 (win-loss) record.

Asturias further dropped to the bottom with a 0-3 slate.

Joseph Art led San Fernando with 19 points from his 9-of-7 field goals. He paired it with five rebounds and four assists.