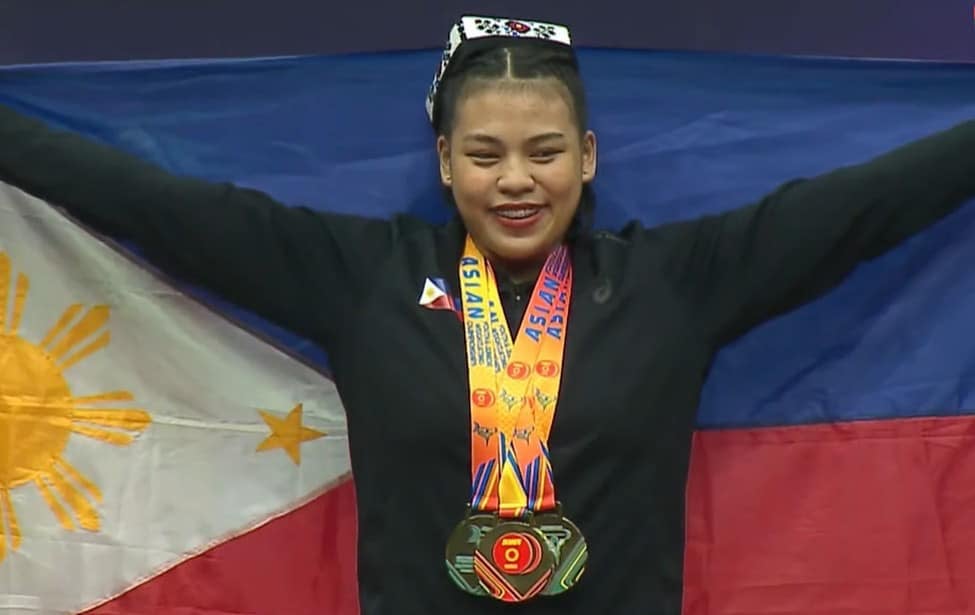 Vanessa Sarno celebrates during the awarding ceremony of the Junior-Women’s 71-kilogram event in the 2022 Asian Youth and Junior Weightlifting Championships in Tashkent, Uzbekistan. | Photo from AsianWeightlifting Federation Facebook

Sarno ranked first in the snatch, clean and jerk, and the total weight to earn the three gold medals. She lifted a total of 230 kilograms in the competition while lifting 100kg in snatch and 130kg in the clean and jerk; all ranked at the top.

She bested Indonesia’s Anggi Restu, who earned the silver medal after lifting a total of 212kg with 92kg in snatch and 120kg in the clean and jerk.

Kim surpassed her double-gold performance in the same competition in 2019 in Pyongyang, North Korea, where she competed in the youth division.

Sarno, on the other hand, is also a double gold medalist in last year’s Asian Weightlifting Olympic Qualifying Tournament in Uzbekistan.