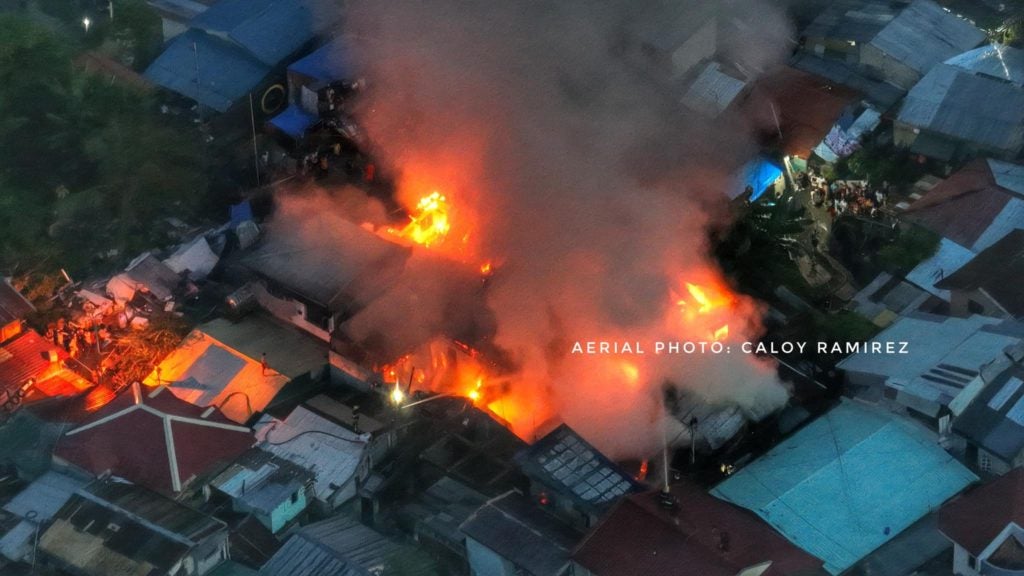 CEBU CITY, Philippines — Fire investigators continue to probe the cause of a fire that burned a total of 15 houses in Barangay Guadalupe, Cebu City.

Senior Fire Officer 1 (SFO1) Riza Julve, investigator of the Cebu City Fire Office (CCFO), said that four individuals also sustained bruises on their knees, when the fire that left at least 60 individuals homeless, broke at around 4 a.m. in a thickly populated community in Sitio Kalubihan.

Among those injured was an eight-year-old girl.  Julve identified the three others as Terstin Melindo, Mary Grace Obando, and Danilo Ravidas.

Cebu City fire responders received the call for assistance at around 4:34 a.m. The fire was placed under control at 5:16 a.m. before it was finally put out at 5:22 a.m.

Julve said the fire was traced to have started at the house of a certain Ricardo Eran.

It, later on, spread to nearby homes that were mostly made of light materials.  The fire covered an area of 300-square meters.

The dawn fire in Barangay Guadalupe was already the second fire in Cebu City in the last two days.

At dawn on Friday, July 22, two houses were also razed by the fire in Sitio Chicos, Barangay Tisa.