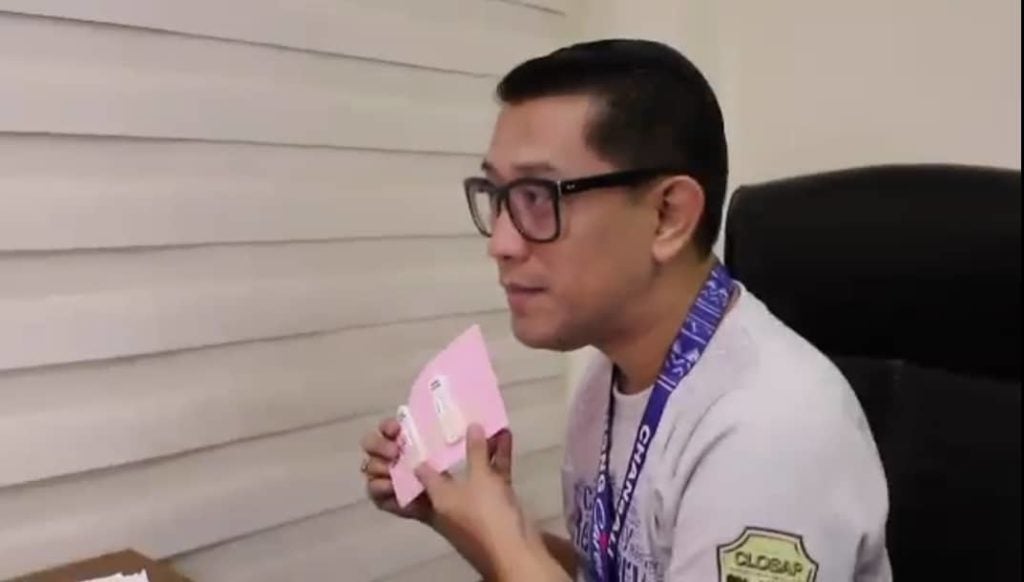 Garry Lao, head of CLOSAP, showed to the members of the media the positive result of one of the six traffic enforcers who tested positive during a random drug test on August 1.

LAPU-LAPU CITY, Philippines — Two of the six traffic enforcers of the City Traffic Management System (CTMS) in Lapu-Lapu City, who tested positive in a random drug test admitted that they were using illegal drugs.

This was confirmed by Garry Lao, head of the City of Lapu-Lapu Office for Substance Abuse Prevention (CLOSAP) which conducted the random drug test last August 1, 2022.

Lao said that they will still wait for the result of the confirmatory test before deciding on the sanctions that will be meted out.

Aside from this, Lao said that the other two have also expressed their interest to undergo the CLOSAP drug rehabilitation program.

However, Lao said that he cannot guarantee that they can return to their work even if they would be able to complete the program.

He also revealed that the other two traffic enforcers have filed a contest against the result of the drug test.

Lao said that both insisted that they were taking medications during the drug test.

Lao, however, said that they will just wait for the result of the confirmatory test to verify, whether or not, they were indeed using the illegal substance.    /rcg