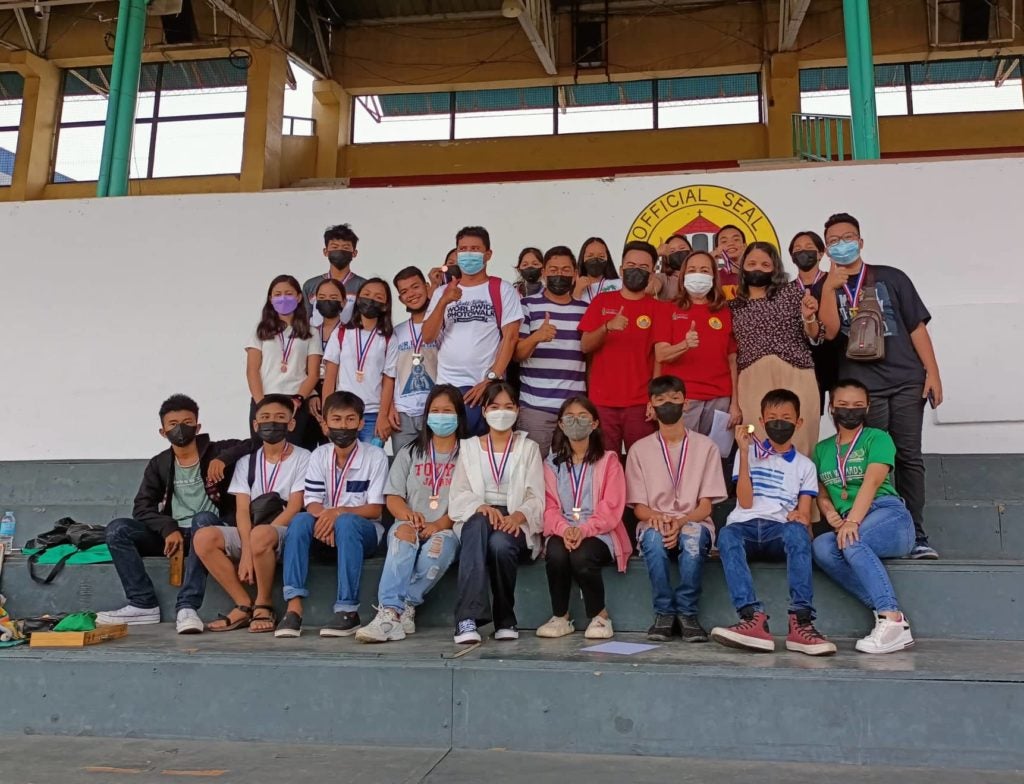 The participants and organizers of the Cebu City Junior Olympics Scrabble Tournament at the CCSC grandstand pose for a group photo during the awarding ceremony. | Contributed Photo

Christian Alipar, who finished third in the previous tournament in May, emerged as the champion after scoring +313 total spread points from his three wins.

Rounding off the top three winners of the tournament was Michaela Saldua of Abellana National School with a +223 total spread points from her two victories.

A total of 27 word wizards coming from the those schools competed in the tournament. The winning word wizards received medals while all participants got a certificate of participation.

The tournament was organized by the Cebu City Sports Commission (CCSC) headed by Marilyn Abella, wife of the late Roger Abella, the Father of Cebu Scrabble.