29 injured in stampede over DSWD cash aid payout in Zamboanga 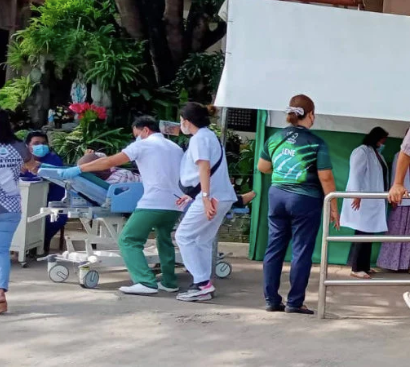 MANILA, Philippines — A total of 29 people were injured after the stampede incident in a coliseum in Barangay Tetuan, Zamboanga City during the distribution of educational cash aid on Saturday.

In an advisory, the Zamboanga City Medical Center (ZCMC) confirmed that the victims were between 16 and 58 years old, of which 2 were males and 27 were females.

“There were no reported victims in critical condition, and everyone was treated as an outpatient,” ZCMC said in a Facebook post. 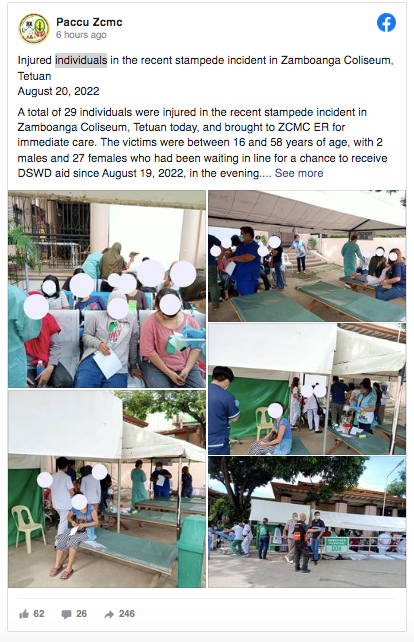 In a press briefing, Department of Social Welfare and Development (DSWD) Secretary Erwin Tulfo also confirmed that 29 were hurt in the incident in the Zamboanga City Coliseum.

Tulfo said the victims only sustained minor injuries and others were already discharged.

Tulfo said a miscommunication resulted in large crowds outside the department’s central and regional offices.

The DSWD on Friday announced that it will distribute some  P500 million worth of cash assistance to indigent students.

Up to three students per family can get cash assistance, according to the secretary.

Certificate of indigency not required for educational cash aid — Tulfo