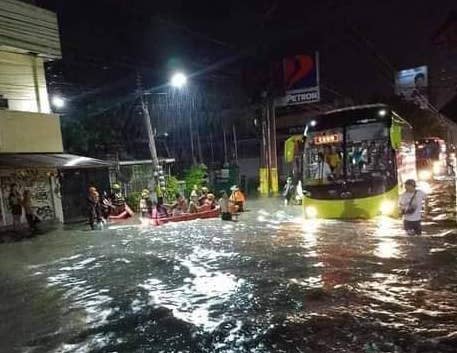 CEBU CITY, Philippines — The Cebu City government is set to conduct “massive” drainage declogging on Sept. 17, 2022, which is in line with the International Day for Coastal Clean Up.

This is according to Lawyer Jerone Castillo, the mayor’s representative for the Task Force “Gubat sa Baha,” in a press conference on Wednesday, August 31, 2022.

The activity will be Task Force Gubat sa Baha’s first with former Department of Environment and Natural Resources (DENR) Secretary Roy Cimatu as its overall commander.

Castillo said the cleaning of the City’s drainage systems or “esteros” in September will be participated by everyone from the public and private sectors.

Moreover, the Cebu City government’s Task Force “Gubat sa Baha” is also set to come up with a consolidated masterplan on how to solve the City’s problem of flooding.

Castillo said all of the task force’s efforts will now be under one unified command under Cimatu.

“We had the deliberation gahapon. With his (Cimatu) experience sa Boracay, sa Bohol, sa Marikina, and sa Manila Bay, I think we can see a brighter future in solving our flooding problem,” he said.

He said the City’s Planning and Development Office head Architect Yumi Espina will consolidate all the plans in relation to flooding, including flood control mechanism, drainage control preservation, and sewage water system.

“So, ang maghimo sa general master plan, consolidating ani nga plans will be Architect Yumi Espina. Once the plan is done, which they said they can do in two weeks, because they will be meeting September 5, Monday, after the plans are drawn, we will execute based on this plan,” he said.    /rcg