Nelia Sancho and the saga of the Filipina comfort women 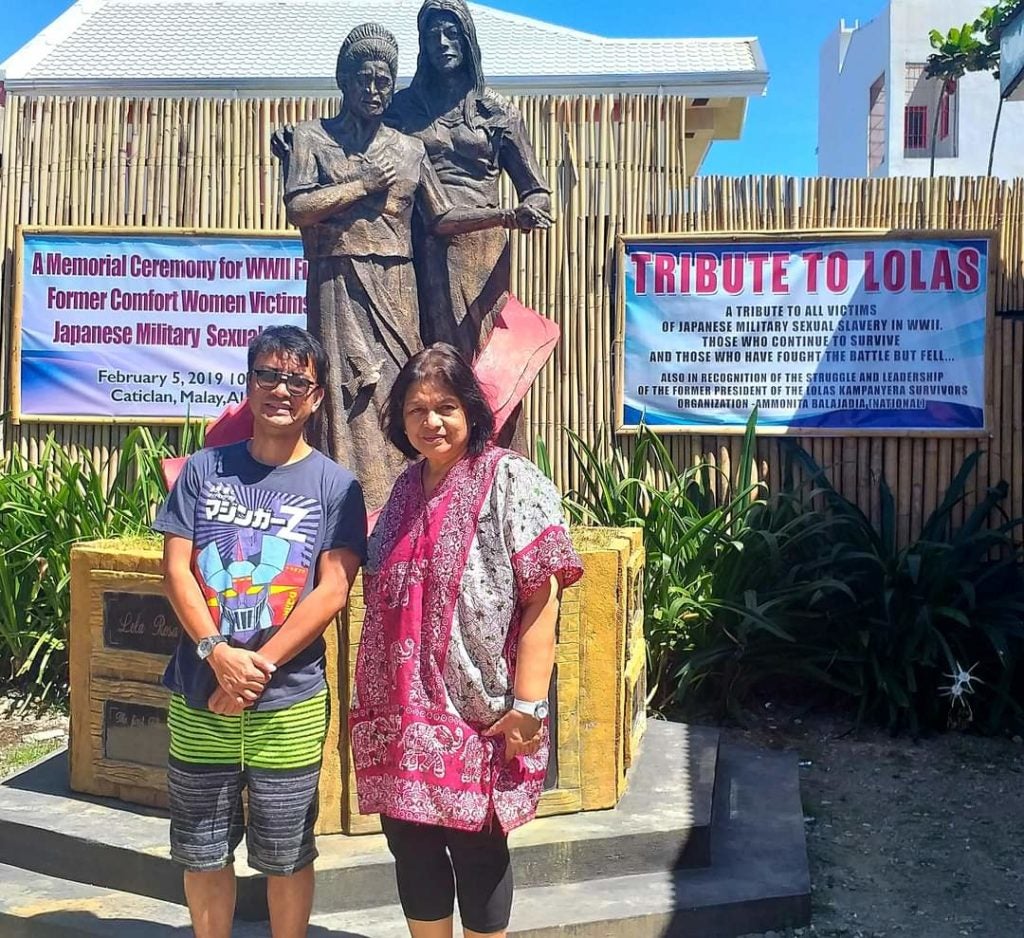 I greeted her virtually during her 71st birthday last August 30 just to be surprised of the news that she passed away two days later, September 1, 2022.

Sancho was Gloria Diaz’s runner-up during the Bb. Pilipinas search in 1969.

Two years later, she was appointed to represent the country at the Queen of the Pacific Contest in Melbourne, Australia where she won the title and bagged the Most Photogenic award.

But Sancho became an active face during demonstrations. She left the comforts of privileged life and became an activist at the onset of the First Quarter Storm and eventually joined the underground movement during Martial Law and became a political prisoner for two and a half years (1976-1978). Time Magazine tagged her as the Guerilla Queen.

After her release, she co-founded the women’s group Gabriela with fellow beauty queen turned activist Maita Gomez in the early 1980s and continued her involvement to several progressive organizations that advocate women empowerment.

The  last time I saw Sancho was on January 2020 when I visited the lifesize statue of two women standing on their  property located along Caticlan Jetty Port Road near where Boracay-bound tourists board passenger boats. One is Lola Rosa Henson while the other was her sister raped during martial law.

It was Sancho who enlisted a radio station in 1992 to encourage Filipina women who had been abused by wartime Japanese troops to come forward—the catalyst for the comfort women movement in the Philippines.

As a reporter in the late 1990s while finishing my legal studies at UP Diliman, I personally first met her as I covered the Asian sex slaves, who were euphemistically called “comfort women”, who are brave enough to tell the world about this inhuman practice of the Japanese during the war.

About 200,000 women from Korea, China, Burma, New Guinea, and the Philippines were held in captivity and many thousands more were raped as part of one of the largest operations of sexual violence in modern history.

The girls who were abducted, trafficked or brought to the Japanese military camps had their own dreams and visions for the future. All these were shattered. The victims spent their lives in misery, having endured physical injuries, pain and disability, and mental and emotional suffering.

Lola Rosa Henson heeded Sancho’s call and was the first Filipina to come out on September 18, 1992. She narrated what happened to her, hoping that her ordeal will never happen again to any woman. The Lila Filipina was then formed.

Nelia Sancho also played an active part in an international solidarity conference that called for the resolution of Japan’s wartime past.

The Women’s Tribunal that sat in Tokyo, Japan from December 8 to 12, 2000, deliberated on the criminal liability of high-ranking Japanese military and political officials, as well as the Japanese state’s responsibility for military rape and sexual slavery.

The tribunal greatly advanced the compilation and record of historical data and evidence to support accounts on human rights abuses.

The commission or avoidance of sexual violence, the tribunal concluded, is dependent on whether the armed organization chooses to authorize its systematic commission in pursuit of military objectives, or effectively prohibits it.

Sancho also organized the Lola Kampaneras, which is a local support group composed of comfort women based in the Panay Island (Capiz, Aklan, Antique, Iloilo).

During our last conversation beside the Lola Statue, I asked her how would she describe the Lola campaign. I recorded via video her answer: “It is my hope that by speaking up and providing support systems to them, the ‘Lolas’ will be recognized and honored and not put into shame as rape victims, as victims of sexual slavery always find themselves in a situation of being shamed. It is not they who should be shamed but the perpetrators – Japanese military, rapists, the perpetrators of all other situations who take advantage of women and children.”

Sancho lamented that the Lolas are dying and “we didn’t want the issue to die with them”.

From the more than 200 survivors in the late 1990s, less than 50 Filipina sexual slavery victims are still alive.

It has been almost eight decades since the war ended on August 15, 1945, and yet the Japanese government refuses to recognize its official accountability to the victims of sex slavery.

Sancho’s death, along with those other Lolas, highlights a sense of urgency for the Lolas to receive a formal unequivocal public apology and just compensation from Japan as well as accurate historical inclusion while their voices can still be heard.

Justice has not yet been given to these women. Sancho’s fight continues up to this day.

(Peyups is the moniker of University of the Philippines. Atty. Dennis R. Gorecho heads the seafarers’ division of the Sapalo Velez Bundang Bulilan law offices. For comments, e-mail [email protected], or call 0917-5025808 or 0908-8665786.)