Pintaflores Triathlon in Negros Occ. to be held on Nov. 20 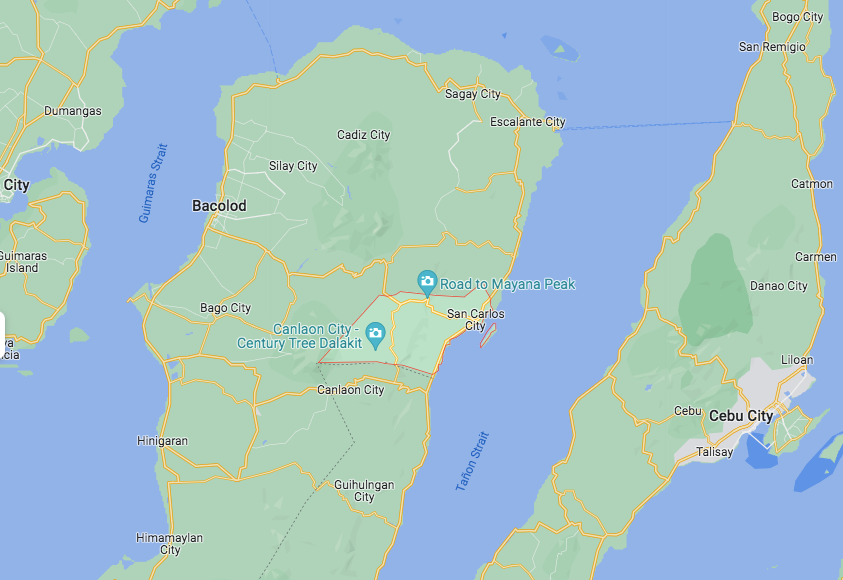 The Pinatflores Triathlon will be held in San Carlos City, Negros Occidental on Nov. 20, 2022. | Google map

CEBU CITY, Philippines—- The organizers of the inaugural Pintaflores Triathlon calls out Cebuano and Cebu-based triathletes to compete in the race slated on November 20, 2022 at the Park Marina in San Carlos City, Negros Occidental.

Jose Angelo Cosas, one of the organizers of the upcoming event told CDN Digital that the San Carlos LGU and the San Carlos Association of Mountain Bikers (SCAMB) are inviting Cebu-based triathletes to join their festive  Pintaflores Triathlon race.

“Our LGU and Team SCAMB is inviting all Cebu based triathletes to join the fun. Our race distance will cater to the veterans and newbies to the sport,” said Cosas.

“Since our Race distance is modified, our main goal is to simply bring fun to all of our participants.  We will make the race course enjoyable and unique. Also, they will get to enjoy the festivities of the Pintaflores Festival, the food and the friendly people of San Carlos.”

The triathlon race will feature a modified distance of one-kilometer swim leg, 30k bike, and 8k run. It is a triathlon race similar to both a 5150 and a sprint distance triathlon. It makes an ideal race for newbies to test their mettle and a leisure race for seasoned triathletes.

Cosas added that they decided to organize a standard triathlon race instead of the usual off-road triathlon in San Carlos City due to public clamor.

“We have been doing off-road triathlon races for five years and the clamor to do the tradiational triathlon is something we cannot ignore. We accomodated the request of most triathletes especially those from our neighboring towns and cities,” added Cosas.

With that in mind, the entire San Carlos City will brace itself for the biggest triathlon race held in its community.

They are targeting to draw 200 triathletes but can accept more triathletes to join if there are more who wants to sign-up.

Cosas also added that aside from their Pintaflores Triathlon race, the participants, especially those from the neighboring cities and towns of San Carlos will enjoy the city’s top tourist spots.

San Carlos is well known for its laid-back ambiance and cleanliness and the Pintaflores Festival. However, this city is also known for the white-sand beaches of Sipaway Island.

Its race venue, Park Marina is also a newly-added attraction in the city.

Above all, Cosas guarantees the participants of the warm hospitality of San Carlos’s locals and the colorful and fun-filled Pintaflores Festival.

The champion triathletes in both the men and women’s elite categories will receive P10,000, while the second placers get P7,000, and P5000 for the third placers each.

There will be nine age groups featured in the race.

Triathlon heads to Mindanao with 5150 Davao