City provides shelter for street dwellers to spend the night 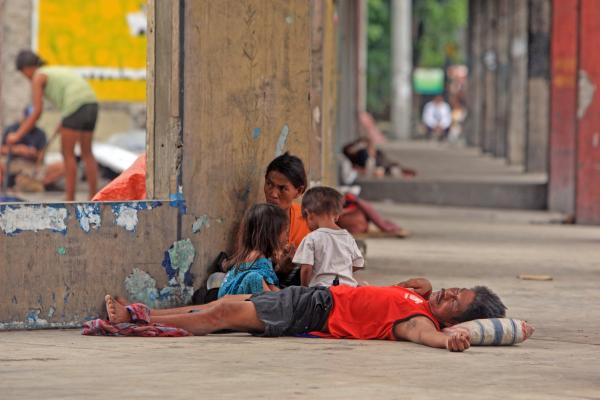 Department of Social Welfare and Services-Cebu City officer-in-charge Ester Concha revealed that the city government has allocated a shelter at the South Road Properties (SRP).

The shelter is beside the city’s Normal Oasis for Adaptation and a Home (NOAH) complex, for street dwellers to spend the night.

“Naay foam (there), at least makatog tarong, and mas safe,” she added.

Concha said that the city government sends out buses every night to pick up and transport homeless people to the temporary shelter.

The same bus will take them back to the city streets at 5 a.m. the next morning so they can carry on with their usual business and have their livelihood.

Concha reported that they currently have a few regulars and once hosted at least 40 individuals.

Concha added that the shelter is also able to temporarily house those who are guarding or monitoring patients at the Vicente Sotto Memorial Medical Center but are unable to pay rent or find a temporary place to stay.

She, however, said the acceptability and willingness of some intended beneficiaries remain a challenge.

Meanwhile, Concha also reminded parents and adults that mendicancy even in the guise of caroling inside public utility vehicles is not allowed.

The department is also calling on concerned agencies to help prevent these from happening, as aside from the act being illegal, it also poses risk to the mendicants who are mostly children.    /rcg