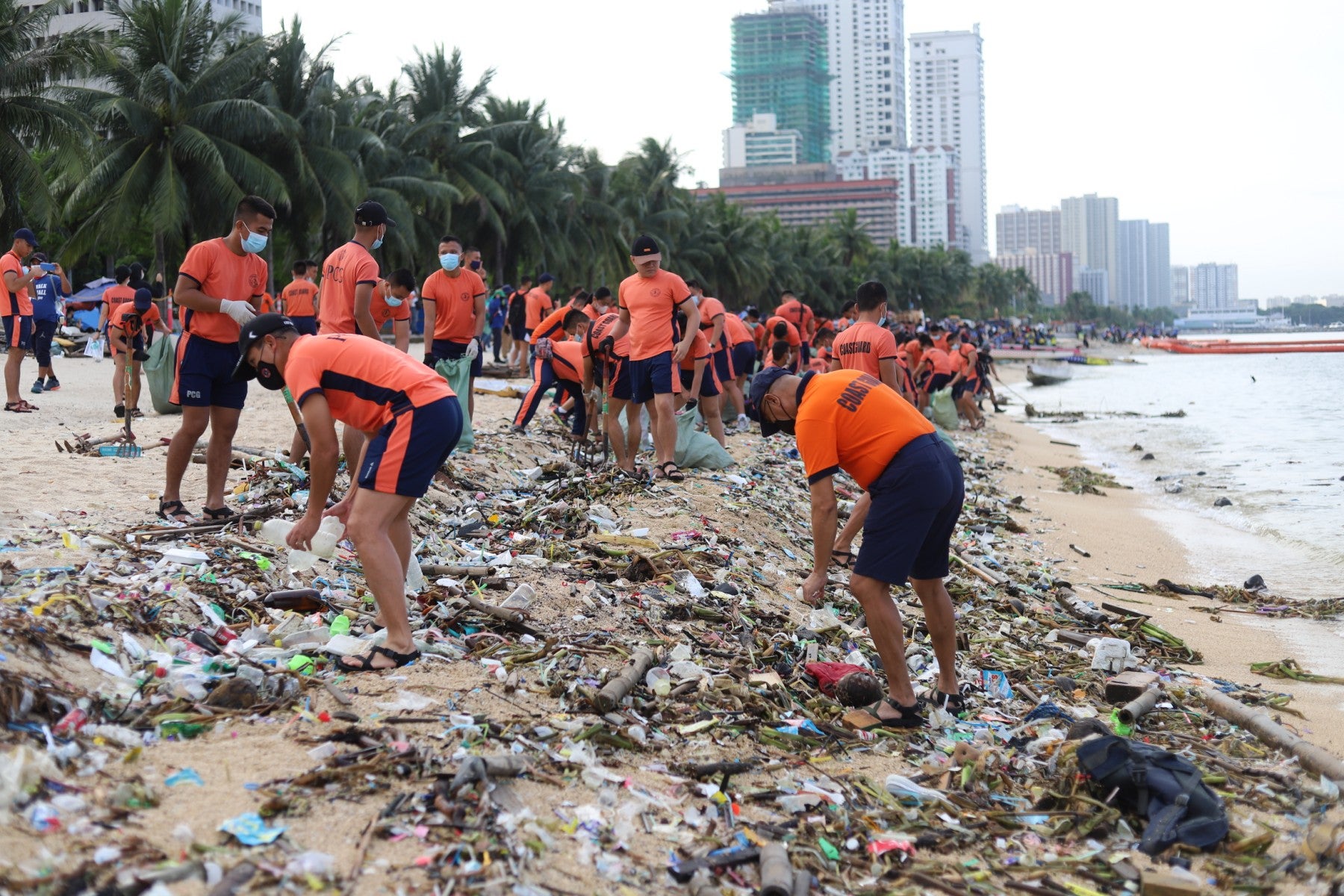 MANILA, Philippines — More than a thousand sacks of trash were collected at the “Dolomite beach” in Manila Bay to mark the International Coastal Clean-up Day on Saturday, the Philippine Coast Guard (PCG) said.

“More than 1,000 sacks of waste materials were collected during the activity earlier,” the PCG said in a statement.

The PCG also said a total of 310 individuals from the PCG, the Bureau of Jail Management and Penology, and other organizations took part in the event.

Signed by former President Gloria Macapagal Arroyo in 2003, Presidential Proclamation No. 470 declares the third Sunday of September of each year as International Coastal Clean-Up Day in observance of the Global Coastal Clean-up celebrations.