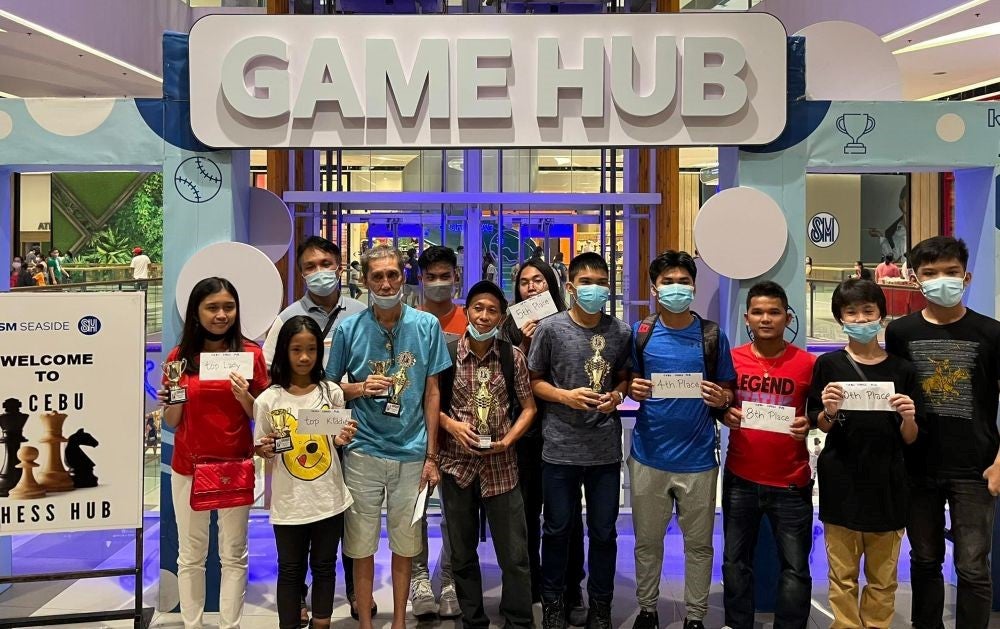 Alexander Bayubay (fourth from left, front row) poses with his fellow woodpushers that competed in the U1900 Open Chess Tournament at the SM Seaside City Cebu last September 17 to 18, 2022. | Contributed Photo

CEBU CITY, Philippines— Alexander Bayubay emerged as the champion of the inaugural  Cebu Chess Hub’s U1900 Open Chess Tournament over the weekend at the SM Seaside City Cebu.

However, Bayubay earned the title for having higher tiebreak points compared to Lavandero. The tournament’s top seed Joyce Lagrosas rounded off the top three with 6.0 points.

Bayubay upset Lagrosas with black pieces in the fifth round when the latter lost by time forfeit despite having a winning position.

Bayubay went on to finish the sixth round with a draw against eventual sixth placer Aaron John Resma. After the draw, Bayubay won the final round against Raul Cinco, while Resma lost to Lavandero.

“After the draw, I thought I had a chance to win the title if I can win my last round assignment,” revealed Bayubay.

The U1900 Open Chess Tournament last weekend served as the fifth chess event organized by Cebu Chess Hub in partnership with SM Seaside City Cebu. Most of the competitors last weekend were young woodpushers from eight to 17 years old.