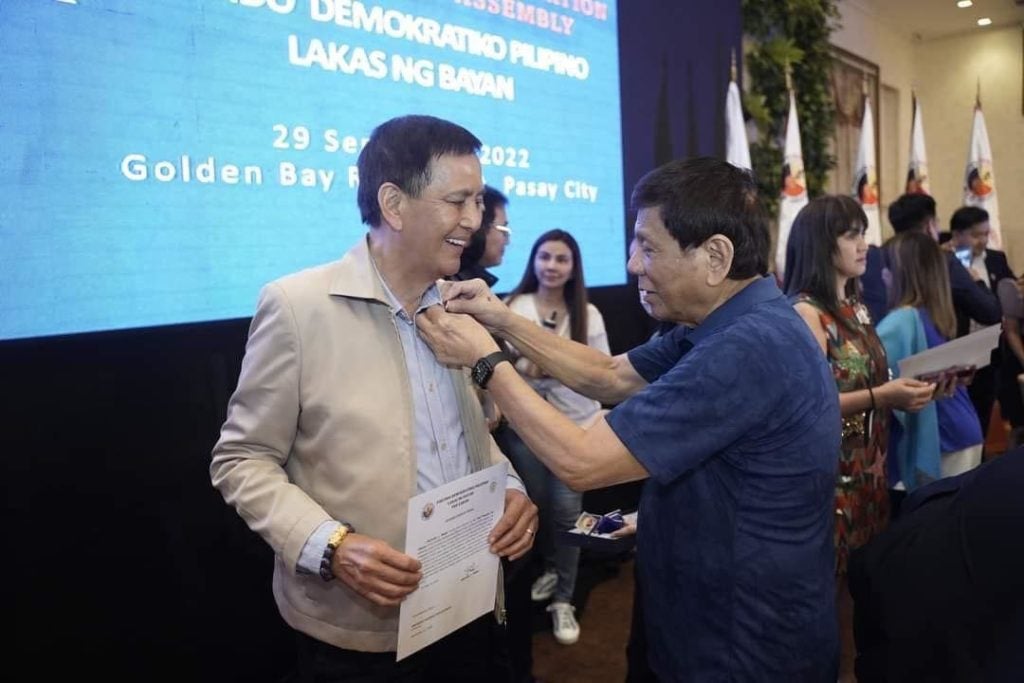 He was among the party officials who were elected during the group’s 40th anniversary and general assembly held on Thursday, Sept. 29, in Pasay City.

“I really thank the hierarchy of PDP-Laban, particularly President Digong Duterte, including the senators and not much less our installed (PDP-Laban) president, my very good friend, governor, now Congressman Tito Alvarez,” Rama was quoted in a report released by the city’s information office.

Prior to his election as the PDP-Laban Vice President for the Visayas, Rama was also the group’s president for Cebu City.

Here is the complete list of newly-elected PDP-Laban officers: