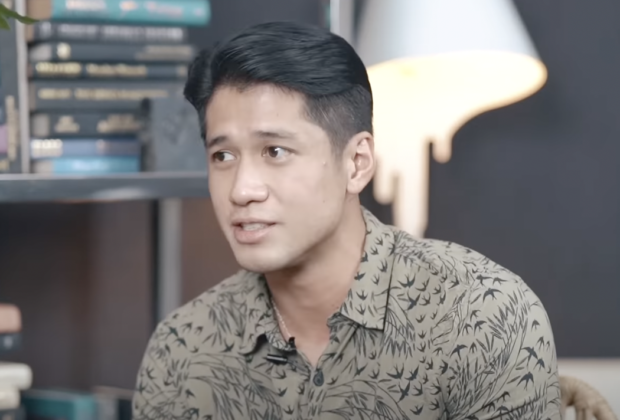 Aljur Abrenica opened up about his co-parenting setup with Kylie Padilla, saying that the actress will always have a place in his heart despite their separation.

Abrenica talked about this in an interview with entertainment writer Aster Amoyo, as seen in a vlog on her YouTube channel on Friday, Nov. 18.

(We are focusing on our co-parenting setup because our kids are all that we think about. We talk almost everyday. Even when we have separated, we’re still learning from each other how to be good parents.)

While Abrenica opted not to answer if he still has love left for Padilla, the actor noted that she is already a “part of himself.”

Abrenica then expressed appreciation to their fans who still support the actors despite their split, but he also appealed to them to respect his and Padilla’s current situation.

(I appreciate them all, thank you. Even though some of them are angry and speak ill of me, I appreciate that because I feel their pain. I was also hurt, the two of us got hurt.)

Amoyo then followed up and asked, “But you’re not closing your doors to the possibility [of reconciliation]?” to which he replied, “May nagsarado ba?” (Did someone close it?)

(A lot of people say that there’s really no chance of getting back together when there is, right? No one knows what could happen. I never even knew that we would break up, that we would have kids, right?)

Abrenica and Padilla’s separation was confirmed to the public in 2021 by her dad, actor-turned-politician Robin Padilla, who said that the breakup was due to a supposed third party.

At that time, Abrenica was being linked to actress AJ Raval. While Raval had admitted that she and Abrenica were in the process of “getting to know each other,” she denied that she’s the reason behind the split.

Abrenica and Padilla share two sons together, namely Alas Joaquin and Axl Romeo. They welcomed Alas in 2017 and Axl in 2019.