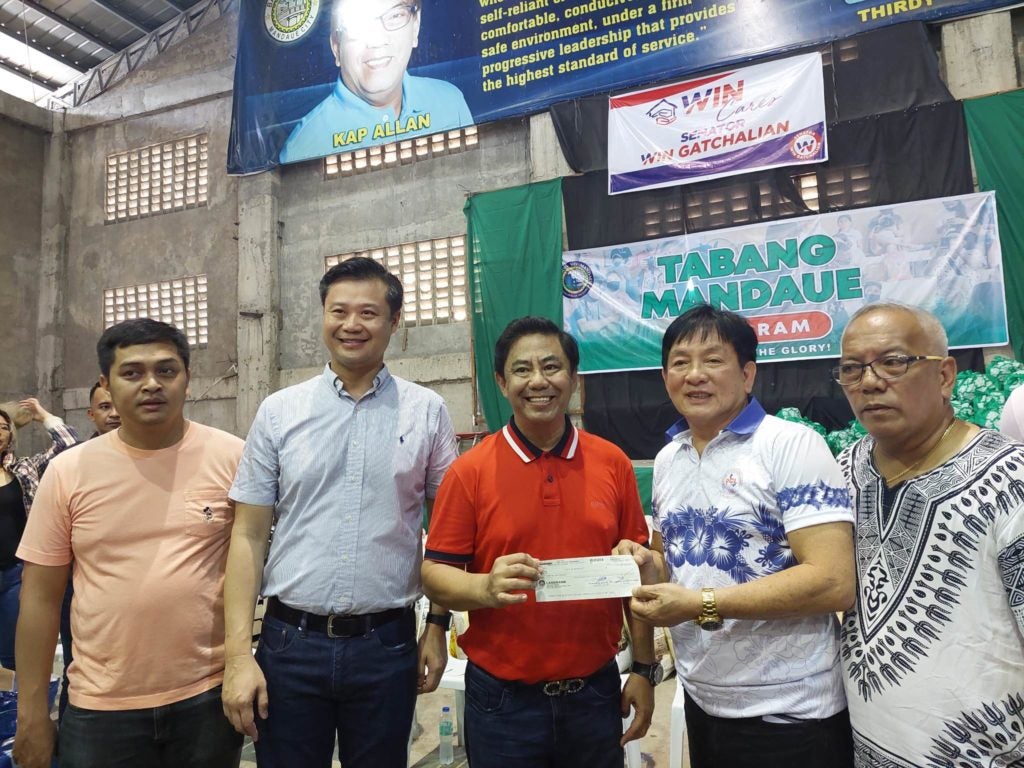 Chan donated the amount to the city government of Mandaue for the fire victims at Sitio Paradise in Barangay Looc.

(Since I promised that I will give P1 million pesos, so this is why I am holding the check now. I wish this is for all, here is the P1 million that Mayor Chan has promised the fire victims.)

Chan earlier donated his one-month salary worth P188,726 to the fire victims.

Aside from this, the city has also donated food and non-food items, such as kitchen utensils and hygiene kits.

He also urged the fire victims to use the amount that they would be receiving in rehabilitating their houses and not spend it on any vice, especially gambling.

(This is a capital to buy materials [to rebuild your houses] and this is capital for your business to help you recover from this.)