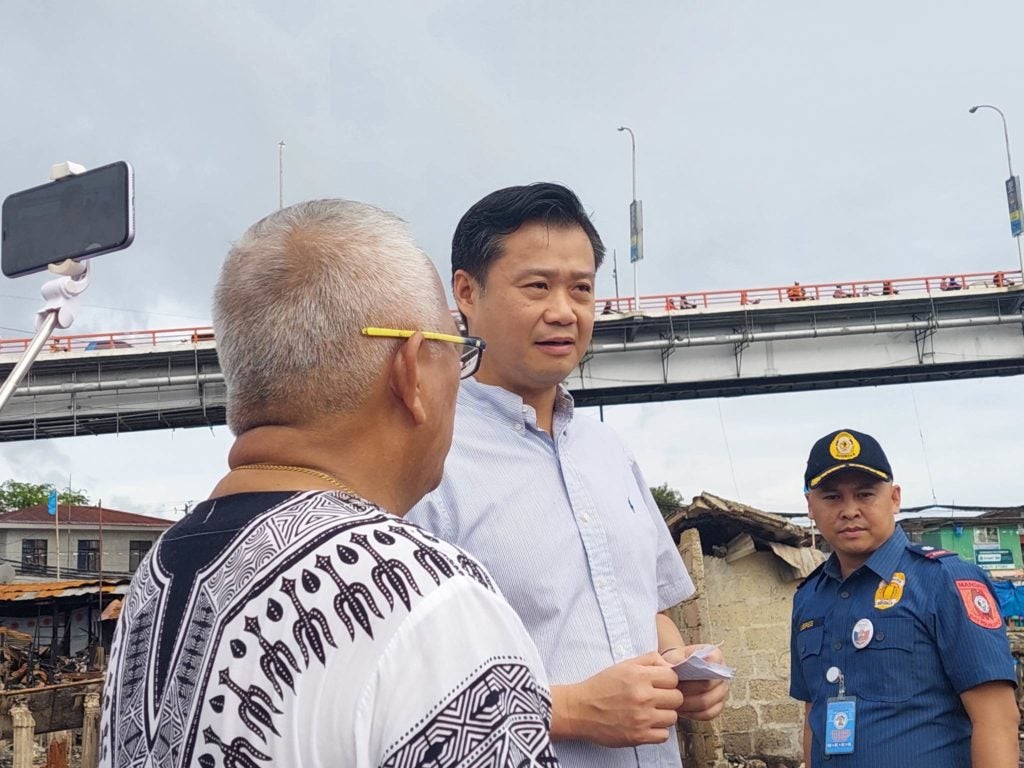 LAPU-LAPU CITY, Philippines — The fire victims of Sitio Paradise in Barangay Looc, Mandaue City will need to be relocated especially since the sitio is located in a danger zone.

Senator Sherwin Gatchalian, who visited the fire site and the fire victims in Mandaue City today, Dec. 2, said that he would coordinate with the local government of Mandaue to provide a permanent relocation site for the fire victims who were inhabiting a danger zone area.

(So we should look into a permanent relocation for those living in danger zones because even if they return, the risk on their lives will remain if a similar incident will happen.)

Senator Gatchalian said that the government must also make an inventory of families living in danger zones so that they could be relocated, not just in Mandaue but for the entire country.

(Let us see how many are living in this kind of situations and so they can be given permanent homes. Whether in-city or out-city, it is important to know first the how many are these people.)

Gatchalian visited the fire site and the fire victims at Sitio Paradise in Barangay Looc, Mandaue City on Dec. 2.

He also donated 100 sacks of rice for the fire victims.

Some 670 families were affected by the fire that hit Sitio Paradise in Barangay Looc, Mandaue City, on Nov. 30. They are temporarily taking shelter at the Cesar Cabahug Elementary School in Barangay Looc, which is also near the fire site.