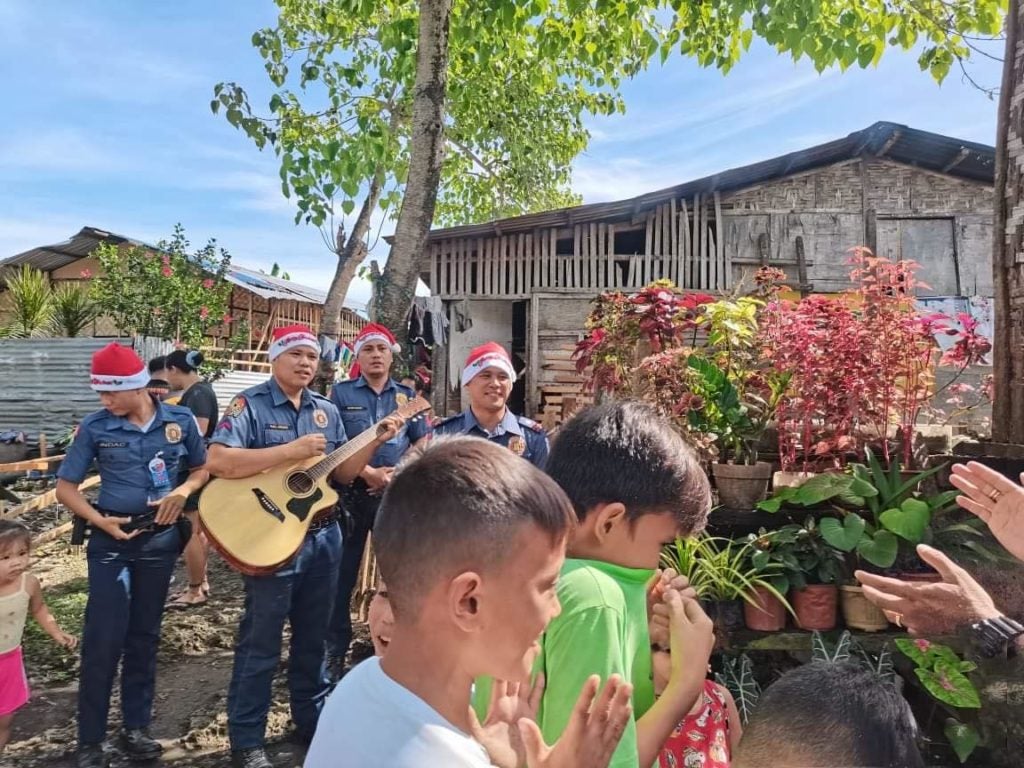 This was confirmed by Police Major Michael Gingoyon, chief of Cordova Police Station.

According to Gingoyon that each family received rice, canned goods, noodles, and toys for the children.

He said that the fund that they used in purchasing these goods came from their personal fund, with the support of Mayor Cesar “Didoy” Suan.

(It was from the personal fund of the police and with the support also of Mayor Suan.)

The “Santa Cops” also offered Christmas songs to the beneficiaries before giving them Christmas gifts.

He said that the beneficiaries were scouted by their personnel, which came from vulnerable sectors in the community.

(We just scouted, sir, those persons with disability (PWDs), those unemployed, and those from the vulnerable sector like senior citizens.)

Christmas all over the world