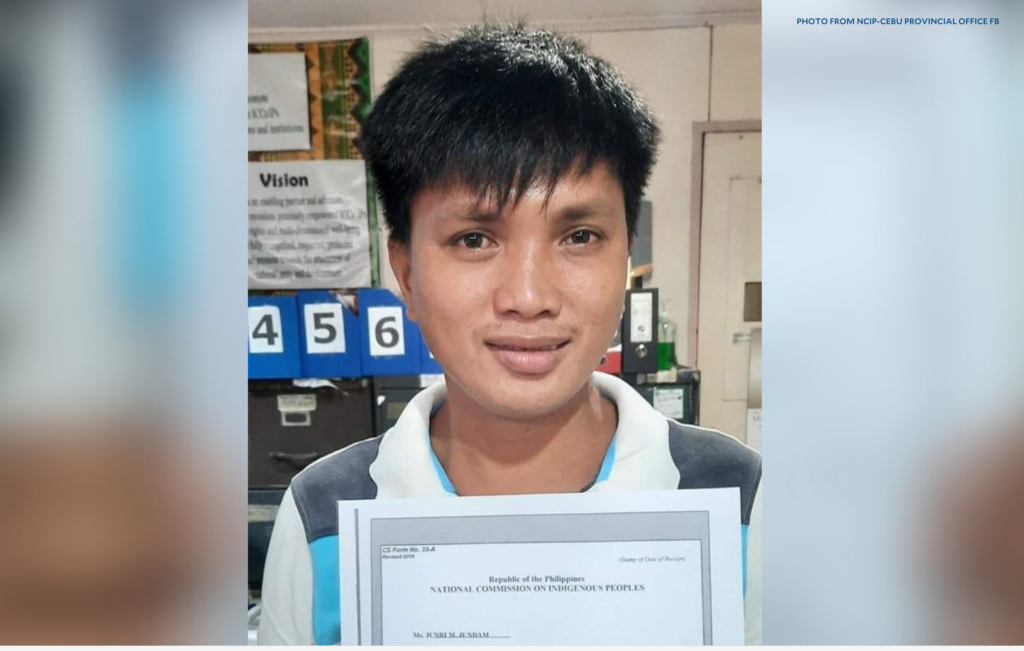 CEBU CITY, Philippines – When he was still a child, Junri Jundam would go with other Badjao kids to Colon Street in downtown Cebu City to beg for alms.

But the street life was not meant for Junri.

He decided to get himself enrolled in a public school. At an early age, Junri learned that education would get him out of poverty.

Now, the 35-year-old member of the Badjao community residing in Brgy. Mambaling is a professional teacher and looks forward to helping young members of his tribe get a brighter future, like him.

Junri was among the over 49,000 aspiring elementary teachers who passed the October 2022 Licensure Examinations for Teachers (LET).

Junri cannot help but be ecstatic upon learning that he passed the board examinations after five tries. So ecstatic that he did not mind jumping up and down with overflowing joy onboard a ferry ship that took him to Leyte.

His journey to becoming an LPT, however, was not easy. But for Junri, hardwork, perseverance, and faith in God helped him get through the hardships, challenges, and struggles he faced.

Junri grew up with his grandmother, who recently passed away this December, in Alaska Mambaling.

Like most Badjao children, Junri tried begging for alms on Colon Street. But he said he did not want to grow up doing that. So, when an opportunity to study came up, he did not hesitate to grab it.

He was among the 18 Badjao kids who benefitted from a scholarship program by Nano-Nagle Place, a non-profit organization led by The Presentation Sisters of the Blessed Virgin Mary based in Cork City, Ireland.

The group had been helping poverty-stricken individuals in Brgy. Mambaling, including members of the Badjao community, since 1996. They supported young Badjaos like Junri in learning to read and write.

Junri said one of the nuns, Sister Evelyn Flanagan, enlightened him on how important education is, and that it could help not only himself but also his fellow Badjao community. He also enumerated several fellow Badjao members in Mambaling who have become professionals in their respective fields – from police officers to engineers – as his source of inspiration.

Nano-Nagle Place, together with the National Commission on Indigenous People (NCIP), also supported him through high school and college. He graduated from Don Carlos A. Gothong Memorial High School in 2009 and obtained a Bachelor’s degree in Elementary Education from the University of Cebu in 2013.

Shortly after graduating college, Junri worked as a teaching assistant at Nano-Nagle Learning Center Inc. to help back the people who supported his basic and tertiary education.

While assisting young Badjaos with the basics of writing and reading, he was also reviewing for the teachers’ licensure examinations.

Later, Junri took the LET but failed on the first try. The same thing went for his second round, and third, fourth, and fifth.

During his previous five tries with LET, Junri spent over P7,500 per review session plus another P1,500 for each examination he took. The NCIP had subsidized portions of his LET reviews, leaving Junri to allocate portions of his salary as a teaching assistant to pay for the rest of the expenses.

But it was not easy, especially after losing his job as a teaching assistant due to the COVID-19 pandemic. In addition, he and his wife welcomed their first born.

Junri admitted wanting to give up his dreams as a professional teacher however, he decided to give it one last try.

At this time, Junri decided not to enroll in another review session. He found another work as a Tribal Affairs Assistant at the Cebu Provincial Office of the NCIP, the government agency tasked with promoting and safeguarding the welfare of the country’s indigenous population like the Badjao tribes.

Junri said the P7,500 fee would serve him better if it were spent on their baby’s needs like diapers and milk. Instead of going to review sessions, he relied on ‘self-review.’

His routine primarily involved reading teaching modules he borrowed from his friends and former classmates, and textbooks.

When October 2022 arrived, Junri entered the testing center once again and did his best.

Unfortunately, when Junri learned about the good news, his grandmother – the one who supported him since his childhood – passed away last December 3.

Now with an LPT title at the end of his name, Junri had tons of opportunities in store and waiting for him. But if he were to choose one, it would be to teach at Mambaling’s public schools, where a significant number of Badjao children study.

Junri said he wanted to give back to the Badjao tribe and inspire young Badjao that they can have a bright and better future as long as they persevere, work hard, and have faith.