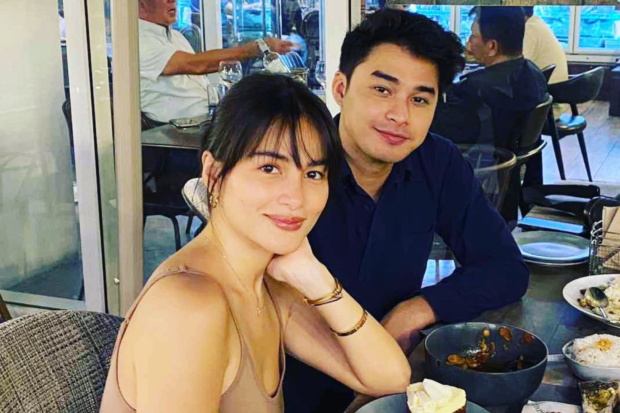 Did McCoy de Leon and Elisse Joson get back together? The ex-couple sparked reconciliation rumors after they were spotted at a restaurant just weeks after the former confirmed their controversial break-up.

Speculations about De Leon and Joson patching up their relationship circulated on social media after a photo of them dining at an organic restaurant was posted on its official Facebook account on Friday, Jan. 20.

“Stunning couple @elissejosonn and @mccoydeleon at @farmerydeli on a nice Thursday night. Thank you so much, and may God bless you both more! Cute baby, btw,” the post’s caption read.

Of course, netizens went abuzz after seeing the couple together following de Leon’s confirmation of their split last Jan. 4, as seen in the comments section.

“Never judge or criticize a woman who just [wants] to fix her family. Her life, her choice,” one fan wrote.

“They have a kid though, somewhat understandable,” another said.

“The design is very me,” one Facebook user said, in jest.

(It’s not about being fragile. Mothers are willing to go through the pain, accept, and try again for the sake of their child. She’s not just a woman, but she’s also a mother.) 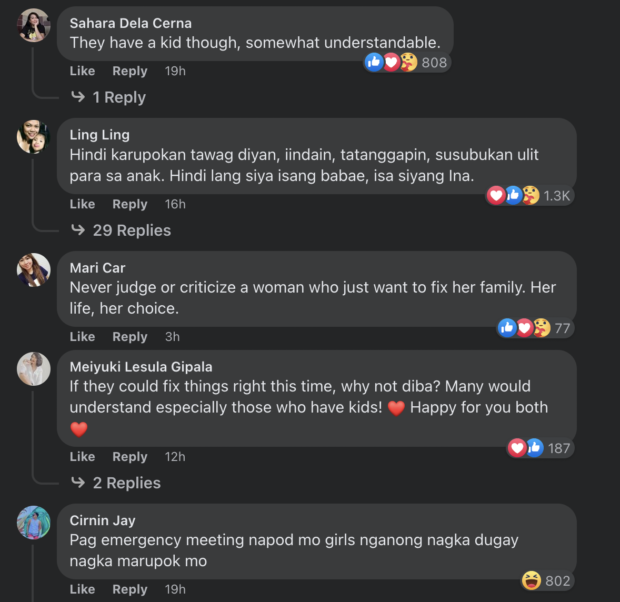 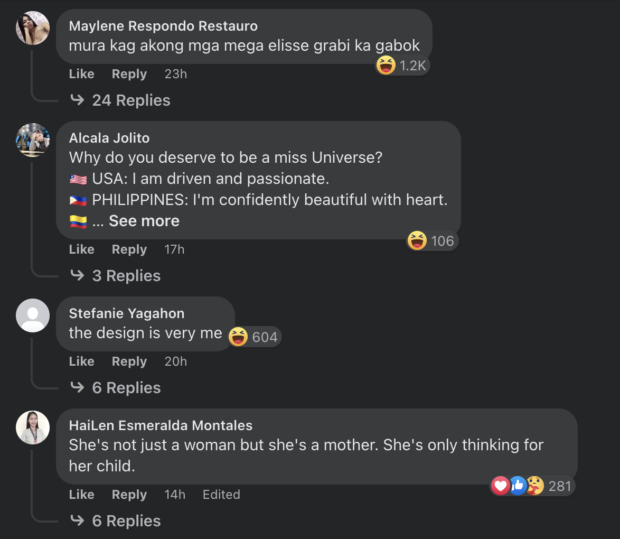 Earlier this month, some netizens accused de Leon of cheating on Joson after photos of his interactions with one Mary Joy Santiago made rounds on social media. The actor went on to clarify that he was not the mysterious man in the photos, however, he apologized to baby Felize, his daughter with Joson, through an open letter.

De Leon eventually confirmed that he and Joson have split last Jan. 4, although he clarified that a third party was not the cause of their break-up. The actress hasn’t released a statement about the current status of their relationship, even up to this day.

The ex-couple’s romance started in the ABS-CBN reality show “Pinoy Big Brother: Lucky Season 7,” and they introduced their daughter Felize in the show’s Oct. 31 episode.