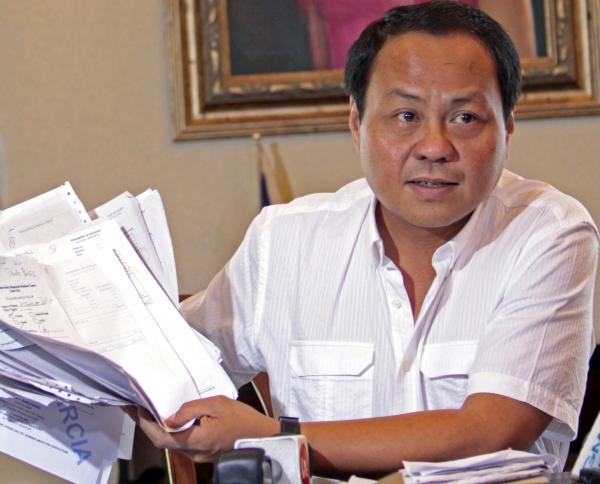 He transferred his voter’s registration yesterday from Barili town in the 3rd district.

Pablo John said he wanted to take a “more active role in politics” there  after seeing what  the administration did to his brother, suspended Dumanjug mayor Nelson Garcia.

Garcia, who used to reside in barangay Balao in Barili, ran for Cebu governor in 2013 but lost to Hilario Davide III.

Garcia said he is thinking of running for Dumanjug  mayor, or a seat in the Provincial Board  or congress representing the new 7th district.

“But these things have not been discussed thoroughly or finalized” he said, with One Cebu, where he is secretary general. His brother Nelson was suspended for six months by the Provincial Board which found him guilty of  abuse of authority.

Pablo John said he moved to barangay Bitoon, Dumanjug over a year ago when his brother was under fire.

“When they threatened to suspend him, I saw what they did to Dumanjug and I didn’t like it,” Pablo John told reporters.

Candidates are required to have one-year residency prior to the election date.

His eldest brother Winston Garcia announced over the weekend that was interested in running for Cebu governor.