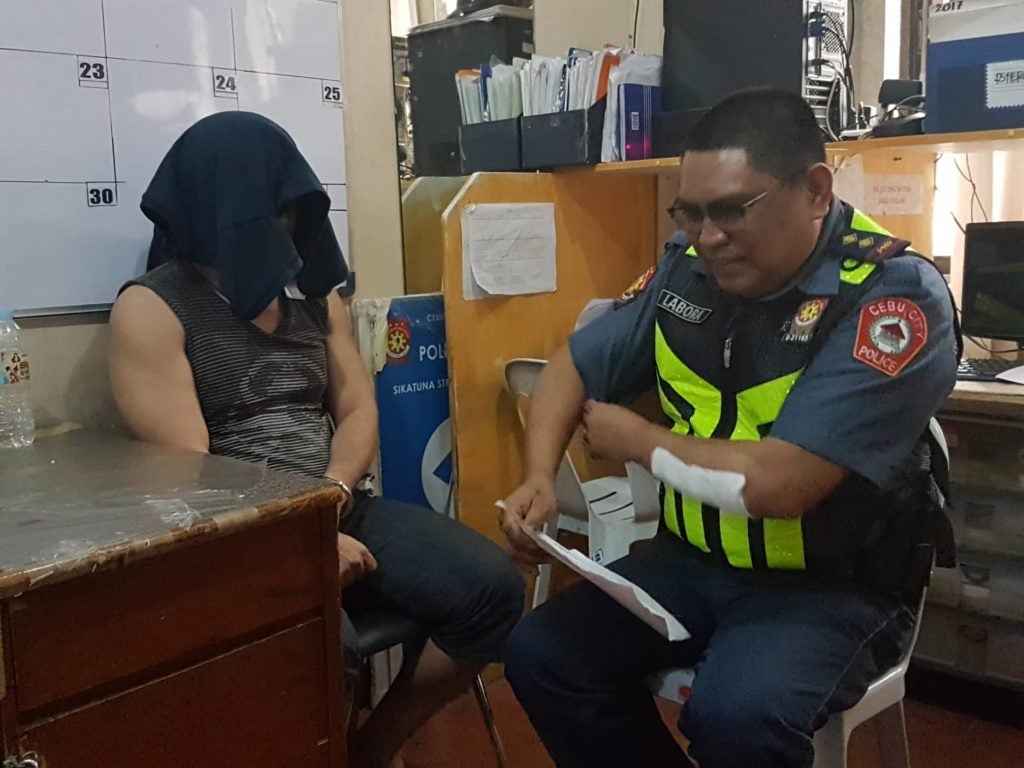 Romeo Aparecci is detained at the Parian Police Station after he was arrested in T. Padilla Street in Cebu City on May 11.

CEBU CITY, Philipppines — One of the three butane vendors that Cebu City Mayor Tomas Osmeña helped get out of police detention last August 2018 is back in police custody.

This developed after Romeo Appareci, 41, was arrested after he was served an arrest warrant at his house in Barangay T. Padilla, Cebu City at past 11 a.m. on May 11, 2019.

Labora said the arrest warrant against Aparreci was issued by Judge Grace Fernandez of Branch 8 of the Municipal Trial Court in Cities (MTCC) of Cebu City.

He said that Fernandez issued the arrest warrant against Aparecci in relation the case he was facing which is violation of the prohibited acts involving petroleum products.

Aparecci was one of three persons detained in August 2018 after they were allegedly caught selling butane canisters refilled with LPG.

They were detained at the Parian Police Precinct, which was then headed by Police Major Kenneth Paul Albotra.

Then, Cebu City Mayor Tomas Osmeña stepped in to have them released under his custody.

The move sparked a controversy with the mayor visiting the Parian Police Station late one August night in 2018 to have the police release and place Aparecci and two other butane vendors under the mayor’s custody, and this was all caught in the police station’s CCTV.

But last month, Osmena addressed claims in social media that he was involved in the illegal butane refilling business in a Facebook post because he had helped in the release of Aparecci and two other butane vendors.

Osmena said that he intervened because the police allegedly arrested the vendors without a search warrant.

He said that the police allegedly only told the vendors that it was a Friday night and a long weekend and they allegedly could not be able to post bail until Tuesday, and that they would have to spend the next three days in jail.

He also said that when he sought custody of the vendors, the police officers at the Parian Police Precinct allegedly did not object to it.

Despite the release of Aparecci and two others, police proceeded with the filing of the case against them with the three respondents deemed at large.

They were charged with violating the prohibited acts involving petroleum products when they allegedly sold butane canisters refilled with LPG.

Police also filed administrative and criminal complaints against Osmeña with the Office of the Deputy Visayas Ombudsman on August 30, 2018 with regards to the incident involving the release of the butane vendors under Osmeña’s custody.

Meanwhile, Aparecci’s lawyer said he would process the bail for his client so that he could be released.

Labora said that the bail stated in the arrest warrant issued was P6,000./dbs

Read Next
The types of moms and their mission in life