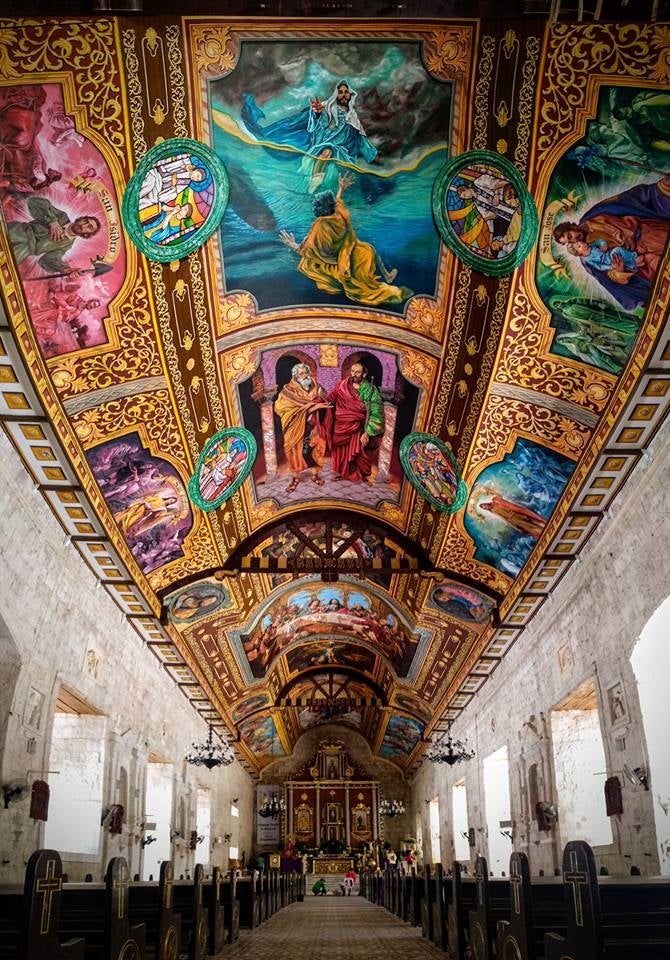 The ceiling project at the St. Peter and Paul Parish in Bantayan Island. | Photo from Aris Pastor’s Facebook page.

Cebu City, Philippines—The ceiling of the St. Peter and Paul Parish in Bantayan Island will be unveiled a little bit later than expected.

Aris Avelino Elardo Pastor, the leader of the Dibuho Kisame Crew that is responsible for transforming the 1,130-square meter ceiling of one of the oldest churches in the country into a work of art, said the unveiling of the masterpiece will not be done this May, which was the target month of completion.

(There are a lot of additional designs that they wanted to put in that was not part of the original design. The hot weather is also one of the factors [of the delay].)

Pastor told Cebu Daily News Digital that they if everything goes well, they will be able to finish and unveil the masterpiece  in the first week of June.

Pastor said that starting this week, they will start removing the scaffolding in some areas.