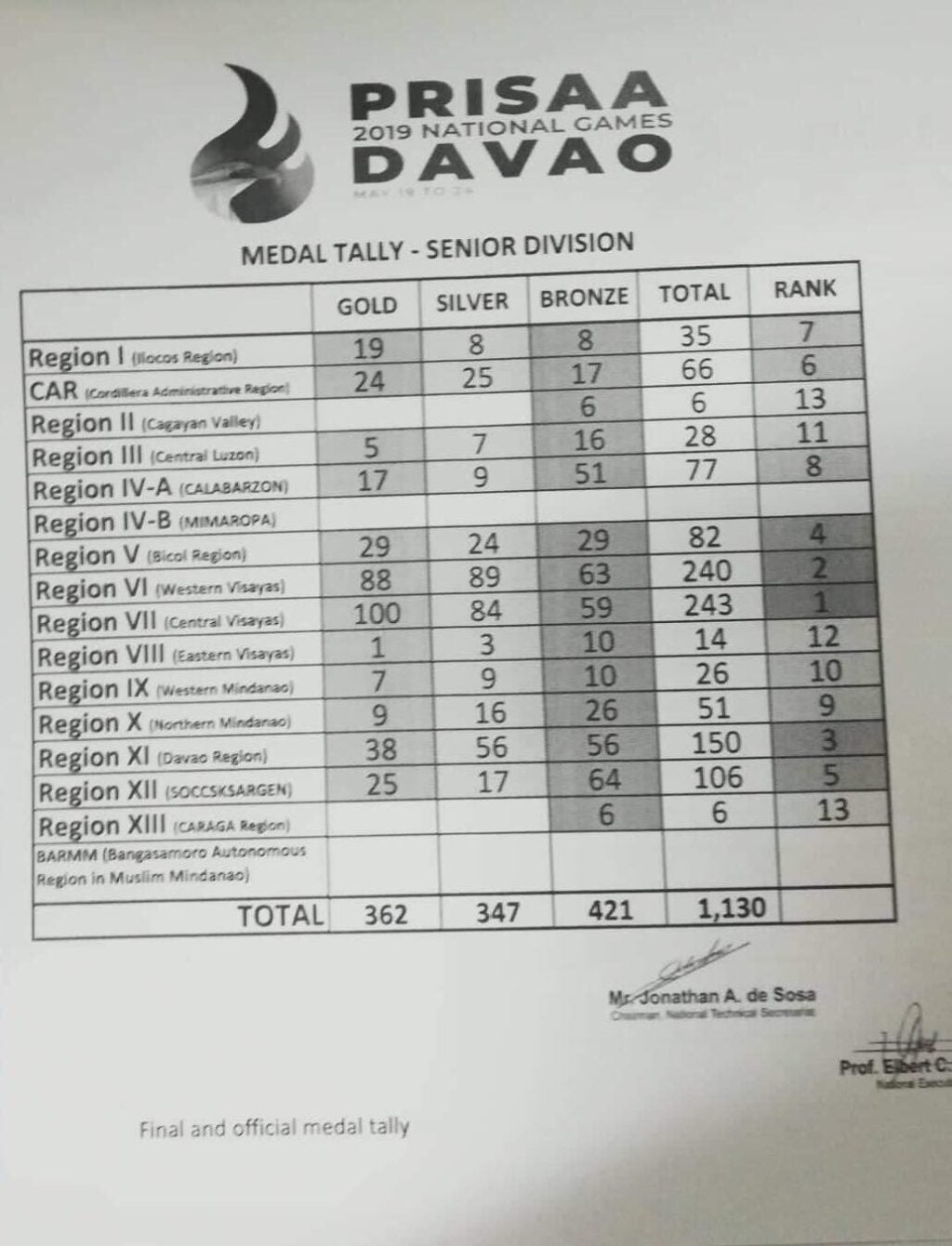 DAVAO CITY, Philippines — The Central Visayas achieved what no other delegation has done and that is to clinch for the fourth straight year the overall title of the seniors category in the 2019 Private Schools Athletic Association (PRISAA) National Games, which closed Friday, May 24, 2019.

According to University of Cebu’s Bernard Ricablanca, this is history in the making for Central Visayas as this is the first time that a delegation was able to top the senior division for four straight years.

Central Visayas had the chance to achieve the 4-peat back in 2014 in Tagum, but was denied by Western Visayas who placed second with a medal haul of 88-89-63.

Pulling through for Central Visayas were its weightlifters which dominated with 24 gilts followed by swimming with 21 gold medals, 14 from athletics and nine from tennis. 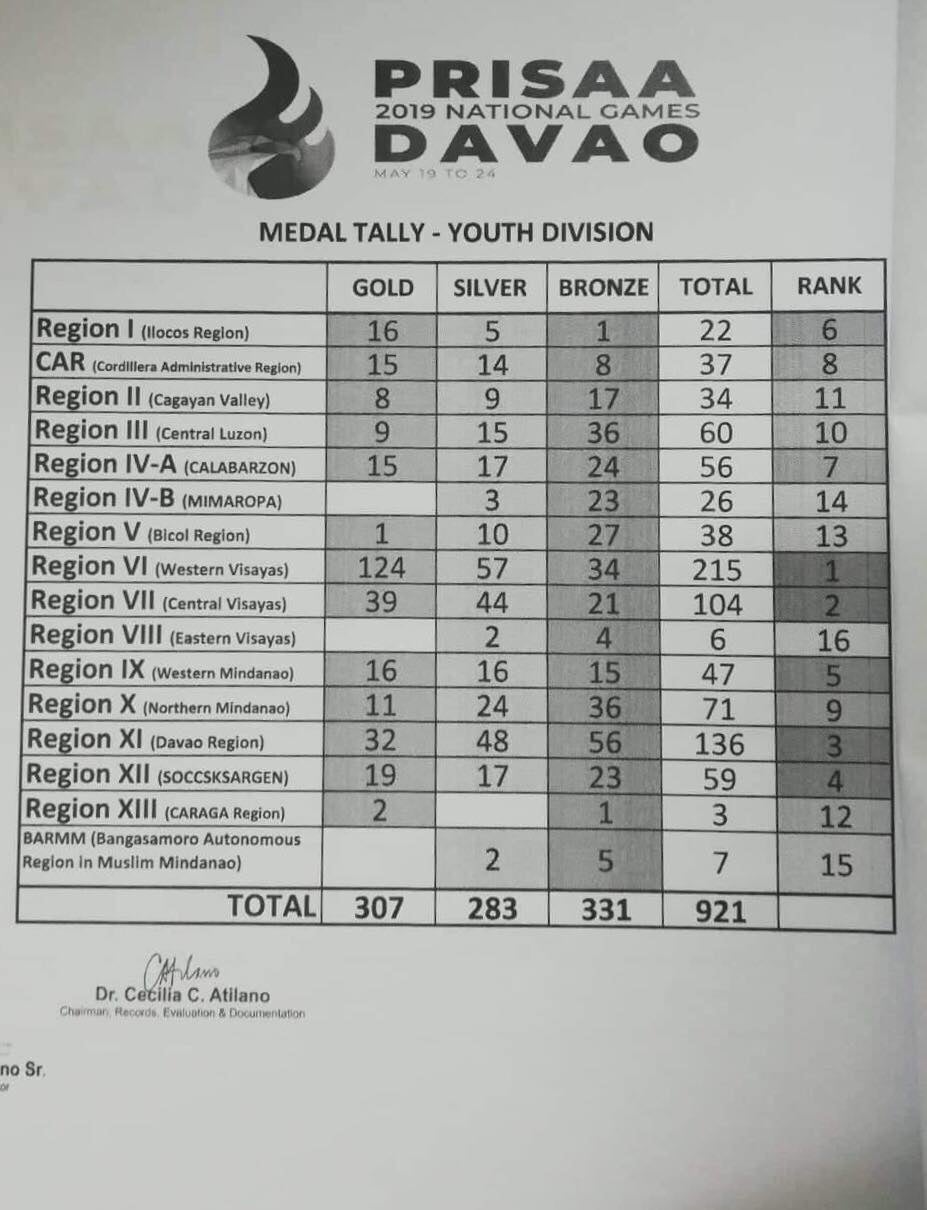 In the youth division, Central Visayas maintained its second place finish behind Western Visayas with a medal haul of 39-44-21.

The bulk of its gilts came from the weightlifters with 19, 11 from the swimmers, and four from karatedo.

Its other gold medals came from beach volleyball, athletics and chess.