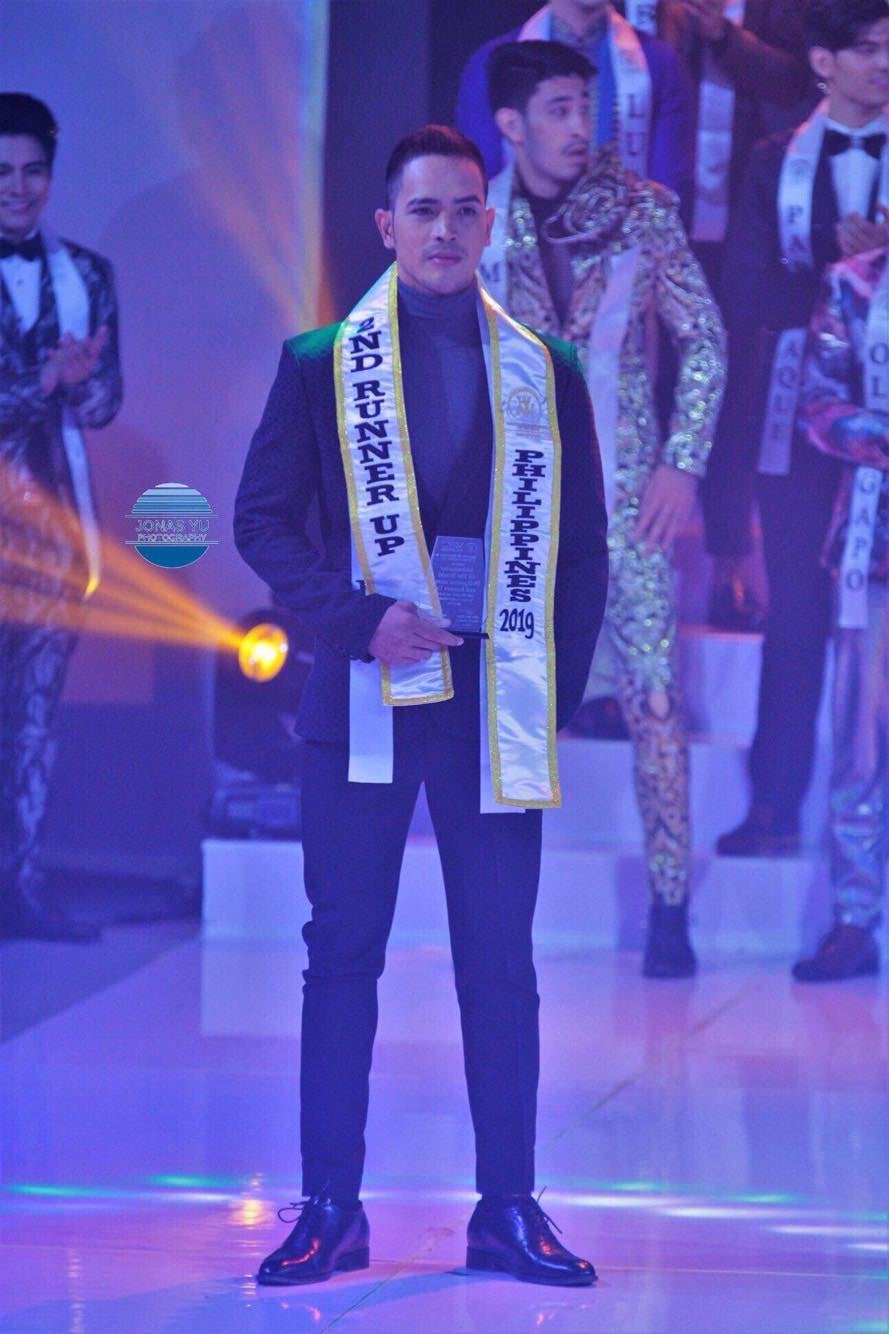 Aside from winning second runner up honors, Elcid Magne Camacho also won Best in Talent in the competition. | Photo courtesy of Jonas Yu

In a message sent to CDN Digital, he is happy with his 2nd runner up win in the competition.

“I am thankful because I did not expect anything from the pageant since I am not physically and mentally prepared,” he said.

Camacho was sick a week before the competition and suffered weight loss.

“It (Ambassador of the World-Philippines) was tiring but fun because I meet new friends,” Camacho said.

A native of Bohol, the 27-year-old model represented Cebu City where he competed with 19 other men across the country, who joined the competition.

Aside from winning second runner-up, he also won Best in Talent where he performed the song, “Heaven,” a Bryan Adam original.

Ambassador of the World – Philippines 2019 is not Camacho’s first national competition.

In 2018, he wore the sash for Cebu City during the Misters of Filipinas.

Read more: Model from Talisay wins Misters of Filipinas 2018-Man of the World

Read more: Zapanta to represent Cebu City in Ambassadress of the World-Philippines pageant