Gwen: Teban a rock star in Visayas, Mindanao, a true and loyal friend 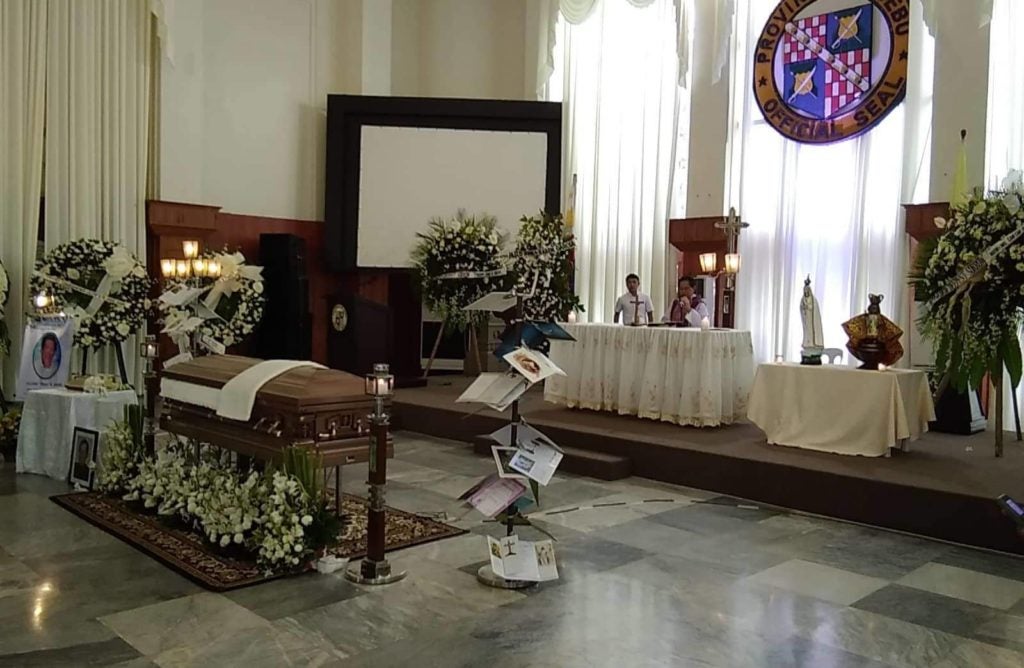 A necrological Mass is held for Councilor and former Provincial Board Member Julian Daan at the Capitol social hall on August 27. | Futch Anthony Inso

CEBU CITY, Philippines — Cebu Governor Gwendolyn Garcia describes former Board Member and Talisay City Councilor Julian “Teban Escudero” Daan as a rock star in the field of entertainment, not only in the Visayas, but also in Mindanao.

In her eulogy, during the necrological service offered by the Cebu Provincial government to Daan held at the Social Hall of the Capitol, Garcia said that way back in 2014, she never realized how famous he was until former Office of the Presidential Assistant for the Visayas Secretary Paul Dominguez asked her brother, former Government Service Insurance System (GSIS) president Winston Garcia, to fix an appointment with him.

During that time, Dominguez’s son was running for governor in Sarangani province, where the secretary wants Daan to endorse his son’s candidacy.

“Sec. Paul Dominguez flew all the way from Mindanao to come here to Cebu, to come to those narrow stairs leading to a radio studio, where he finally meets rock star Teban. And he was surprised to find a quiet unassuming man, sitting in a corner. And in fact, (Teban was) quite surprised that a presidential assistant would come all the way to meet him. I, too, was surprised,” Garcia said.

Read more: Goliat on Daan’s death: We lost a father, a mentor, an icon

Daan was Garcia’s runningmate back then, when she ran for the first time as governor in the province of Cebu. 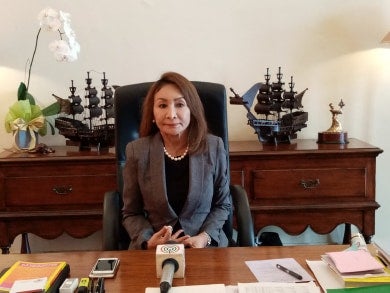 The governor, also described Daan as a good man, who remained humble despite his accomplishments and fame, while remaining faithful and loyal to his wife, Board Member Yolanda “Yolly” Daan.

Garcia also recalled how Daan declined to take an oath when he became the acting vice governor after she got suspended as governor for six months on December 12, 2012.

“Julian Daan was elevated to the position of vice governor, and there were posts from the acting governor’s office for him to take an oath of office. But he refused. He refused because he did not want to make a public display of his having assumed an office which (was) opened by virtue of my suspension,” she added.

She said that Daan refused to take an oath because he knew the misery and the pain that she was going through then.

“And despite of threats that he would be pandering office, he chose to remain true and loyal, to be friend,” she said, adding that there was no really need for Daan to take an oath of office, because he had been the acting vice governor by operation of law.

In the necrological service, Garcia personally administered the casket flag draping, with the assistance of Board Members Thadeo Jovito “Jonkie” Ouano and Edcel Galleos.

A Mass was also held for Daan at 9:30 a.m. which was celebrated by Monsignor Roberto Alesna. 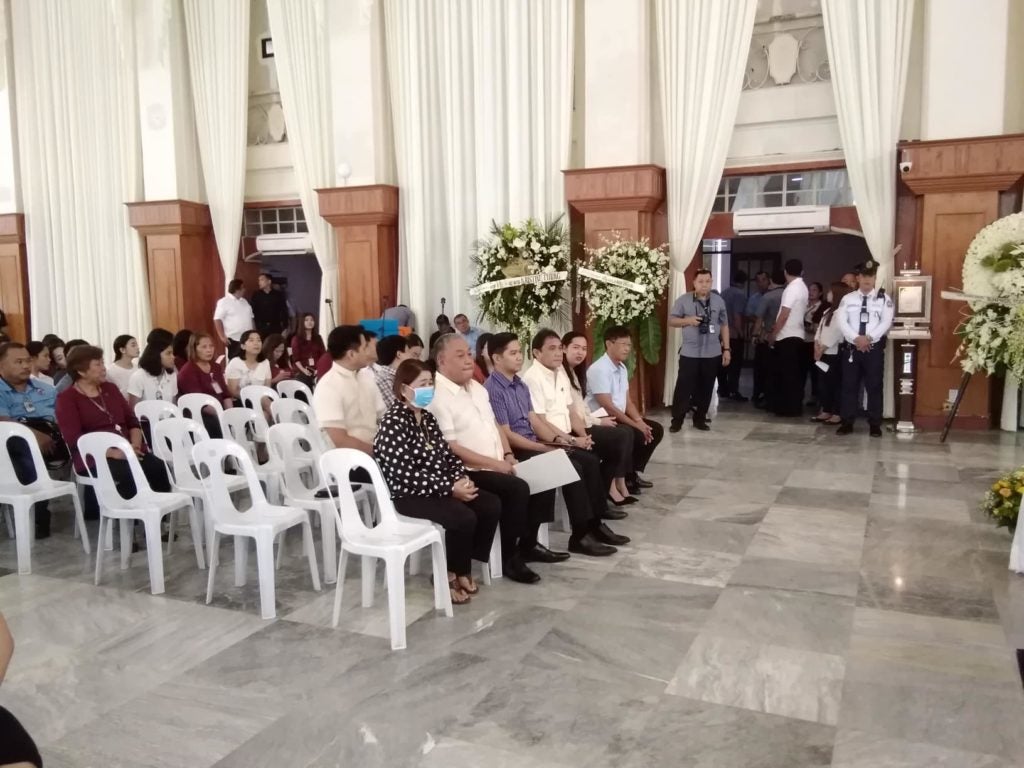 Vice Governor Hilario Davide III also read and presented the resolution of condolence to the bereaved family of Daan.

“Whereas, the late Hon. Julian “Teban” B. Daan was a dedicated public servant and government official who serves for more than thirty years. He was first elected in 1982 as barangay councilor of Tabunok and municipal councilor in 1987 of the then municipality of Talisay, Cebu,” said the resolution.

A copy of the resolution was handed by Davide to Daan’s wife, Yolanda,  “Yolly,” and their sons Lester and Rodel.

The physician of Daan, Dr. Pek Eng Lim, and Board Members Victoria Corominas-Toribio and Glenn Soco also offered a eulogy during the necrological service.

Corominas-Toribio recalled that when she first passed an ordinance in the provincial board ordering establishments to post signage’s in giving twenty percent discount to senior citizens, her fellow board members were laughing when Daan were already asking questions about it.

(Board Member Teban asked if we should also put signage in the motel? Everybody laughed with his question and little by little my fear at the session dissipated. Then he asked where to really put the signboard — at the parking lot or at the front desk? And do we need to present an ID?)

Lim, for his part, mentioned the many sufferings that Teban had gone through when he was still alive.

“The first suffering has nothing to do with health. One day he came to my office, (He told me) Dr. Lim, I’m an acting vice governor, I have to preside on the board meeting. I’m a little bit scared; can you give me some medicine?” Lim said.

But he advised Daan to let the members of the provincial board be proud of him through speaking the Visayan language.

Other sufferings that he witnessed were when Daan had a heart attack, diabetes, and had to undergo dialysis procedure due to kidney failure. 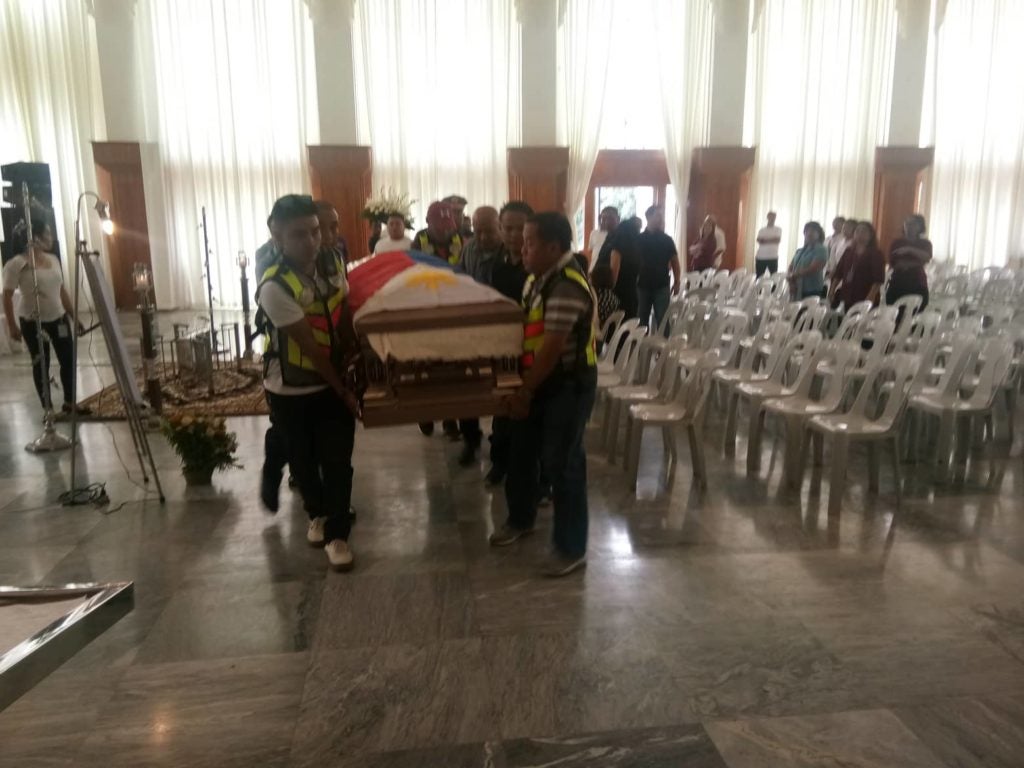 The body of Councilor Julian “Teban Escudero” Daan is carried from the Capitol to be transported to his home in Talisay City. | Futch Anthony Inso

Yolly, for her part, expressed her gratitude to Lim, Garcia and Talisay City Mayor Gerald Anthony “Samsam” Gullas, who encouraged her to continue the legacy of her husband through public service.

(To all, who are with us in this we thank you all)

After the necrological service, at past 11 a.m., the body of Daan was transported to his residence in Barangay Tabunok, Talisay City which was escorted by the members of the City of Talisay Traffic Operations Development Authority (CT-Toda), led by the city’s traffic czar, Jonathan “Joy” Tumulak./dbs