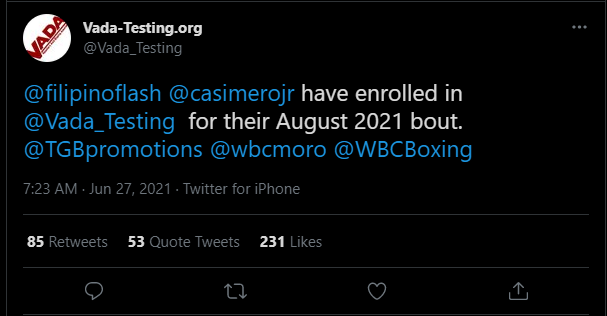 The VADA itself tweeted on Sunday, June 27, 2021 that both Casimero and Donaire have enrolled for their anti-doping program for their all-Filipino unification showdown to be held in Dignity Health Sports Park in Carson City, California.

It means that both champions will undergo random or surprise drug testing leading to their unification bout.

VADA officially tweeted it a few days after Donaire and Casimero’s camp engaged in a word war on their social media accounts. 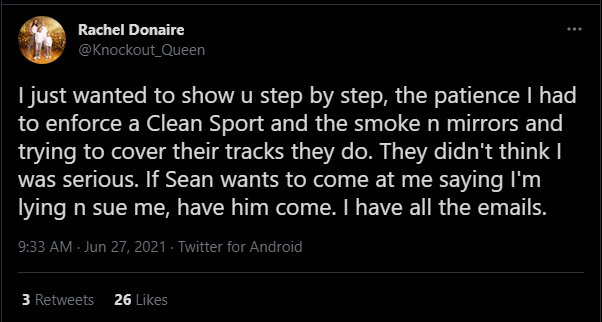 Donaire’s wife and chief trainer Rachel, however is still very doubtful about Casimero’s compliance with VADA’s testing. In her tweets, Rachel stated that Casimero had not presented the needed paperwork to prove that he had regularly been tested for banned substances by VADA.

The World Boxing Council (WBC) president, Mauricio Sulaiman, already tweeted that both the Filipino world champions had been enrolled to VADA’s anti-doping program since 2017.

Both Casimero and Donaire Jr. are enrolled to VADA Clean Boxing Program until March 2022 based on their boxrec.com records. 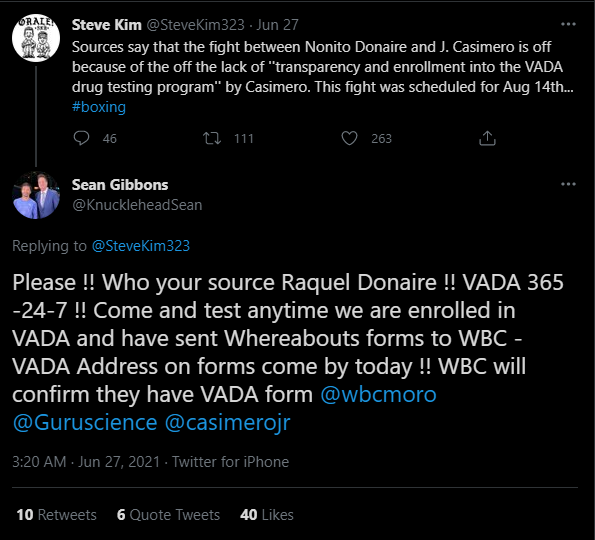 Meanwhile, MP Promotions top honcho Sean Gibbons, who is also Casimero’s handler in his tweet last Sunday, dismissed the reports that the unification bout was cancelled because of the “lack of transparency” into VADA’s drug testing program in Casimero’s camp.

Donaire and Casimero’s beef started a day when their all-Filipino unification showdown was announced on June 20, 2021.

Casimero accused Donaire Jr. of discrimination when their paths crossed at the Bones Adams Gym in Las Vegas, Nevada a few years back.

Casimero (30-4-0, 21KOs), in a YouTube video, said that Donaire allegedly told him to speak in English when he asked the latter in Tagalog where they were staying in the area.

Donaire Jr.’s (41-6-0,27KOs) camp immediately denied this and explained their side through social media posts from Rachel.

Read Next
Honesty in the midst of the pandemic