Garcia: National policy on not swabbing upon arrival ’caused’ rise of Delta variant 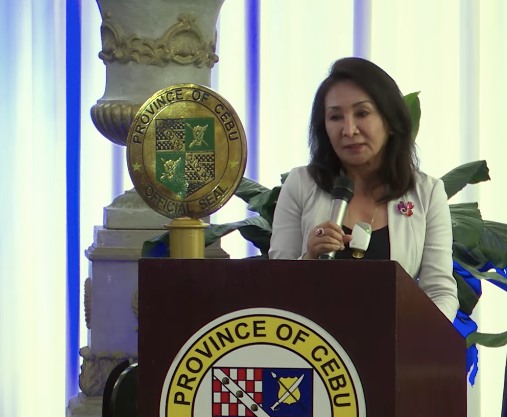 CEBU CITY, Philippines — Cebu Governor Garcia hit back at Doctor Edsel Salvana, an Inter-Agency Task Force (IATF) adviser, who claimed that the surge of the Delta variant cases in Mindanao was due to the leniency of Cebu Island’s policy for arriving international passengers.

Salvana said in his column in Manila Bulletin that several cases of the highly transmissible mutation of SARS-CoV-2 reported in Mindanao were traced to Cebu and maybe a consequence of Cebu’s deviation from the national policy for Returning Overseas Filipinos (ROFs).

It can be remembered that Cebu appealed to uphold its swab-upon-arrival policy and an option for home quarantine for those proving negative to the test.

The governor said in earlier statements that Salvana’s statement was irresponsible and Salvana must present proof that Cebu’s policy if indeed Cebu caused the reason for the rise in cases in Mindanao.

“It gets tragic when a medical expert chooses to sweepingly blame one place or one island in order to explain how they fail to contain the transmission of the Delta variant,” she said.

Garcia claimed the timeline of the cases would say differently as she said the first cases of Delta variants in the country were all recorded in Luzon, where the national government refused to swab upon arrival.

This caused a spike of COVID-19 cases in Cebu from January 26, 2021, to March 30, 2021, which prompted the Capitol to impose the swab-upon-arrival policy for the Mactan Cebu International Airport (MCIA), after which the cases dropped.

“The cases dropped because when you swab upon arrival, those who may have been possibly already affected are immediately detected,” said Garcia.

The national IATF insisted on May 6, 2021, that the swab on the 7th day and 10-day quarantine should be followed. On May 11, 2021, the country recorded the first cases of Delta variant in Clark, Pampanga.

Later on, the country’s Delta variant steadily rose until it has reached Cebu as detected on July 29, 2021, where a total of 36 Delta variants were found in the same group of samples sent earlier that month.

For Garcia, the national policy of swabbing only on the 7th day may have caused the spread of the Delta variant because the ports missed the infected individuals upon their arrival.

It couldn’t have been Cebu’s fault because Malacañang ordered the redirection of international flights bound for Cebu to Manila from May 29 to June 12, 2021.

Even when the IATF officials came to Cebu on June 29, 2021 to discuss Cebu’s policy, they still insisted on their national policy, of which Garcia made deference to President Rodrigo Duterte and agreed to follow the mandatory 10-day quarantine.

As for the swab-upon-arrival policy, Garcia said they continued to do so covering the cost for the tests for arriving Filipinos, and then swabbing on the 7th day to follow national protocols.

Garcia said that if Cebu had little hand in the rise of Delta variant cases in Mindanao despite Salvana’s claims about it, and if there should be someone to blame, it could be the national IATF’s policy to no longer swab upon arrival.

Since Salvana is part of the IATF, the governor said he is partly to be blamed.

“What is really the situation in Cebu? There is an upsurge. You say you could have slowed it down, but how? When you tested only on the seventh day? So why can’t you slow it down? Because you would not swab upon arrival,” she said.

The governor urged Salvana to “check his facts” before making claims that would undermine the efforts of the province in reducing the COVID-19 cases despite their insistence.

DOH-7: Swab-Upon-Arrival up to Capitol

Swab-Upon-Arrival in Cebu resumes on June 21

Experts on Cebu’s methods: It’s not so much in swab, but in quarantine protocols, variants of concern

Read Next
‘DSWD deprived poor of P780M in cash aid’