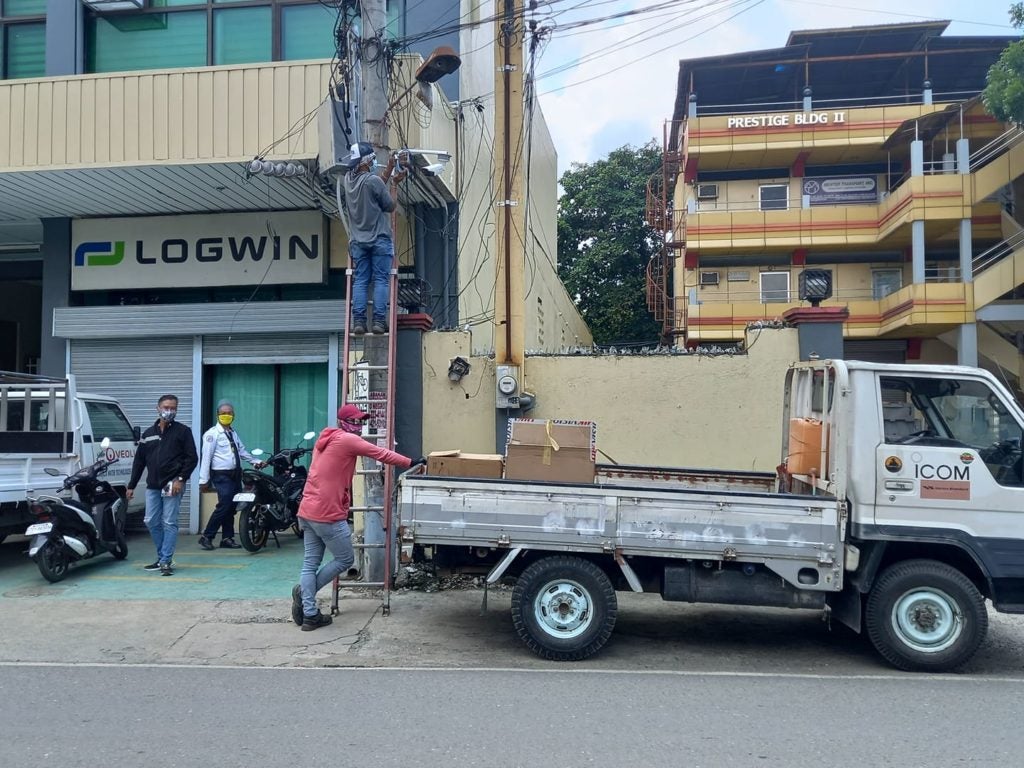 MANDAUE CITY, Philippines — Barangay Alang-Alang in Mandaue City can now monitor most areas of the barangay when the 16 new closed circuit television cameras (CCTVs) will be completely installed by the end of the month.

Gobalani said that they had started installing the 16 CCTVs, which the barangay purchased to help prevent crimes and help in the investigation of criminal acts and other events.

He said that the CCTVs would be installed at strategic areas or the barangay’s blind spots where crimes and accidents would usually occur.

It will also be put at places away from the city’s CCTVs to not defeat its purpose.

He said so far the existing CCTVs have helped them in solving some crimes and traffic accidents.

But when the 16 more security cameras would be operational, he said that they would now be able to monitor most areas of the barangay.

(I am proud to say and we’re happy to say that we can monitor most areas under the jurisdiction of Barangay Alang-Alang.)

He said the installation would take about a week but it would be fully operational by the end of the month.

He said the barangay spent about P900,000 for the 16 CCTVs that could be zoomed, weather proof, had night vision among others.

Read Next
Rotunda at SRP gets nod of Cebu City Council