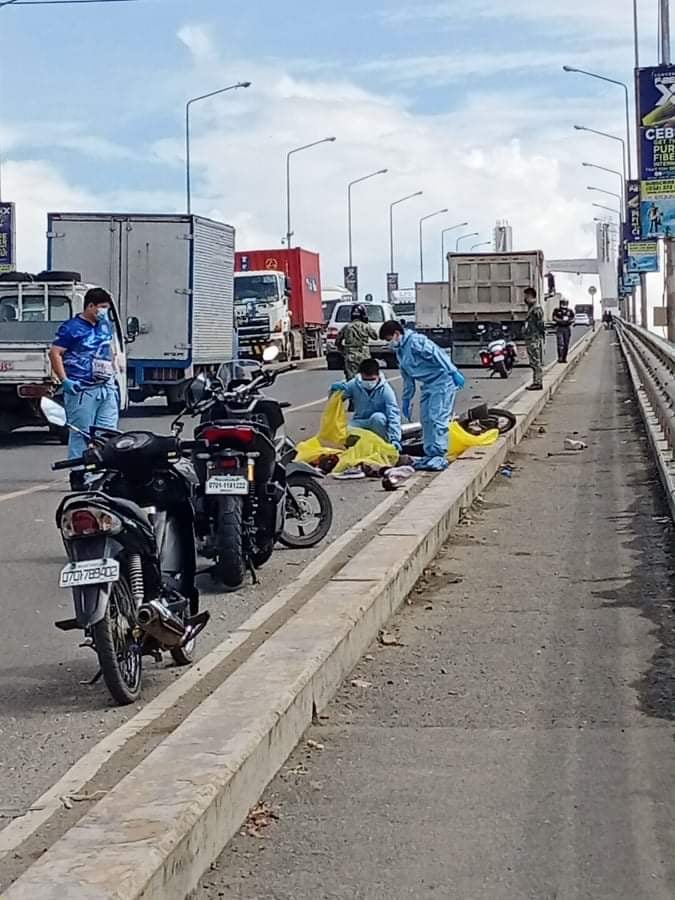 A 52-year-old man died on the spot after being run over by a dump truck in the Marcelo Fernan Bridge on Saturday afternoon.    | Photo courtesy of Roger Conde Trinidad

CEBU CITY, Philippines — A 52-year-old motorcycle driver died instantly after he was run over by a dump truck while traversing the Marcelo Fernan Bridge in barangay Umapad, Mandaue City around 1:35 p.m. on Saturday, October 16, 2021.

Malingin died on the spot after he was run over by a dump truck loaded with sand.

Oriol said that the suspect, Aldwin Hermosilla, 49, a resident of Carcar City, was at fault. He is currently detained at the holding facility of the Mandaue City Police Office headquarters.

Oriol added that it was “error in judgment” committed by the dump truck that caused the fatal accident.

Oriol said Hermosilla will be facing a charge for Reckless Imprudence Resulting in Homicide.

Oriol said that the family of the victim was already informed about the incident and that they are yet to visit the station to decide whether or not to file a formal complaint against the suspect.

With what happened, Oriol appealed to motorists to respect and be considerate to other road users while traveling.