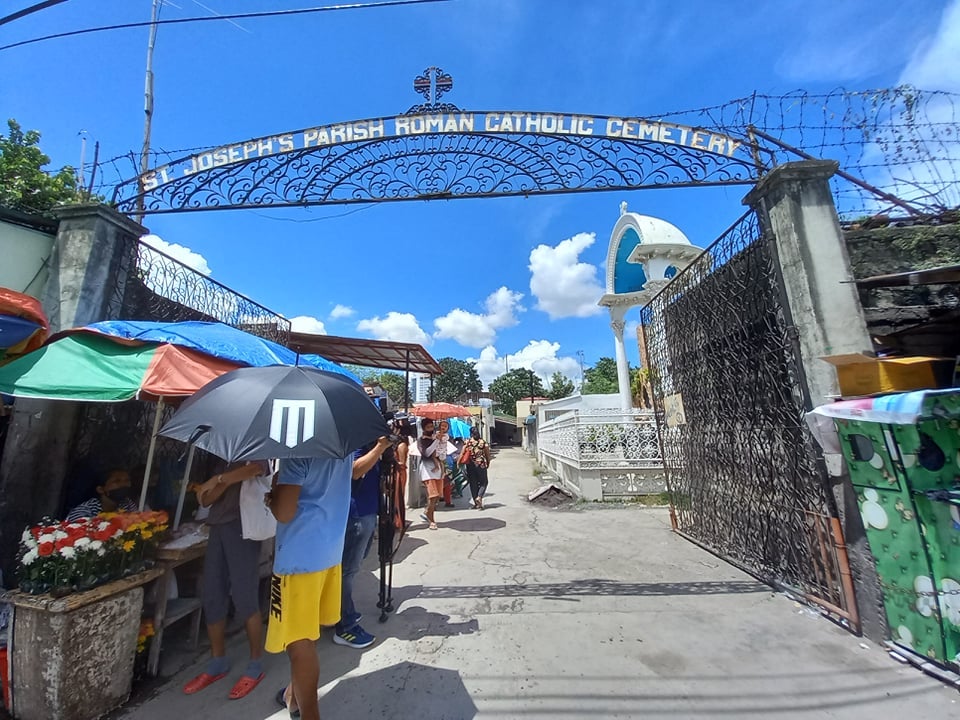 The Mandaue City government has deployed personnel at the city’s cemeteries like the St. Joseph Cemetery at Barangay Guizo to make sure that health protocols from cemetery visitors will be followed. | Mary Rose Sagarino

Buddy Alain Ybañez, head of the City Disaster Risk Reduction and Management Office, said that they started the deployment today because they anticipated that starting this weekend more people would visit the cemeteries.

Ybañez said that that the city’s cemeteries would usually open from 6 a.m until 6 p.m. which would not be convenient for workers that would somehow make them visit on the weekend.

Ybañez said a composite team composed of the personnel from the Mandaue City Police Office, Traffic Enforcement Agency of Mandaue, Bureau of Fire and Protection, and CDRRMO, had been deployed in every cemetery to monitor and implement health protocols.

He said they would also be posting tarpaulins at the cemeteries’ entrances that would indicate when all the cemeteries would be closed and the protocols needed to be followed when entering the cemeteries.

Ybañez said that they had already visited all the cemeteries on Tuesday and had talked to the management.

He said they had asked the management and the barangays where the cemeteries were located to also deploy marshalls and personnel to enforce the protocols.

The city will temporarily close all private and public cemeteries and columbaria from October 31 to November 2, 2021.