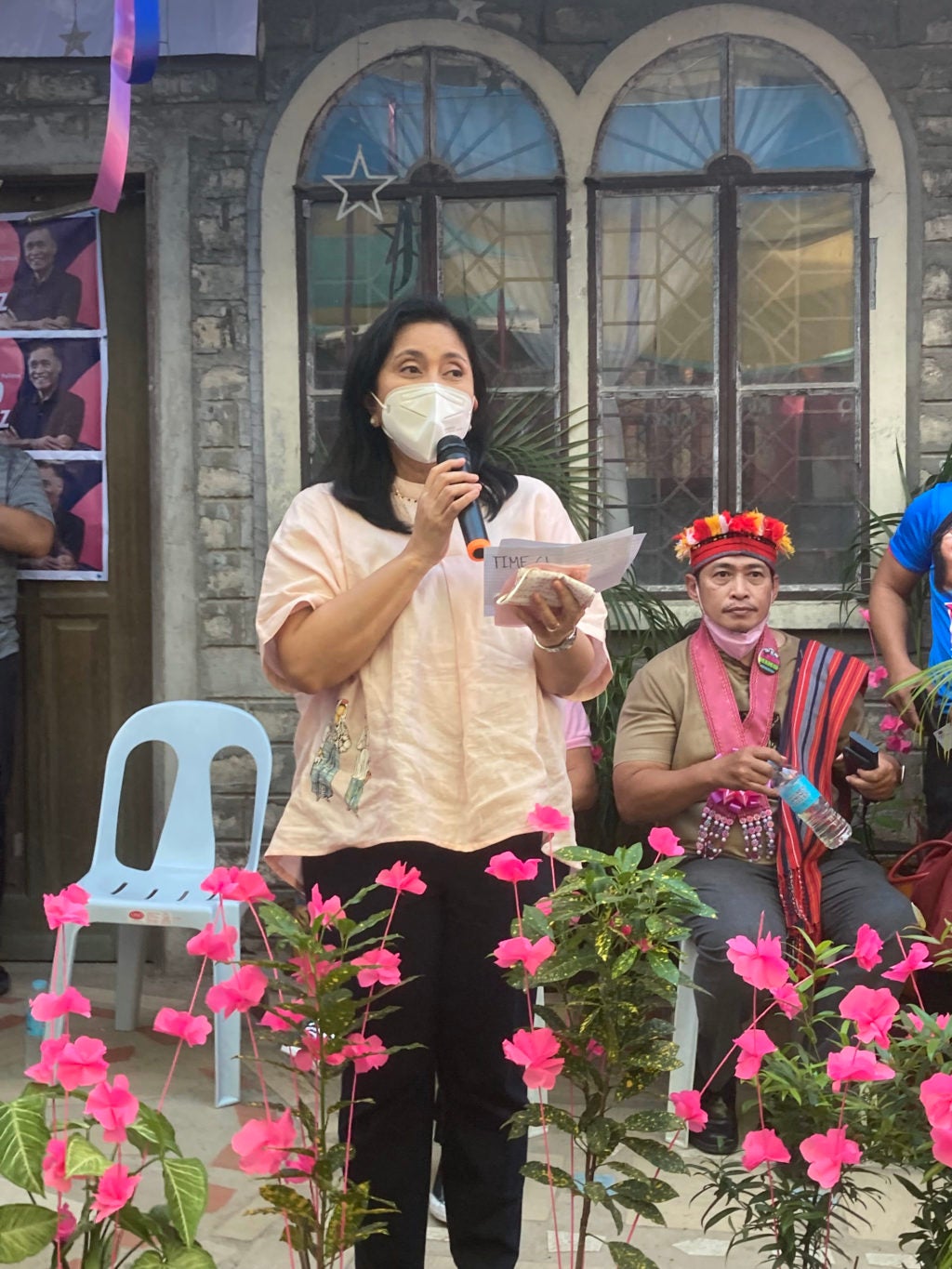 CEBU CITY, Philippines — Presidential aspirant and incumbent Vice President Leni Robredo said they were overwhelmed by the warm welcome and love of their supporters in Cebu on Friday, November 12, 2021.

Robredo, who is on a two-day visit here, said she did not experience such support during the 2016 election.

She noted that the 2016 election is way more different from this time, stressing that this time a lot of the initiatives were now done by their supporters on the ground.

“Ako yung 2016 campaign is so much different than the one we’re having now. Pero sa akin kasi it’s different in the sense na before it was much more conventional… because we are the candidates we were the ones in charge of organizing, printing materials, scheduling events. Now, its baliktad because… a lot of many initiatives were already being done by our supporters on the ground,” she added.

Meanwhile, Robredo’s running mate, former Senator Kiko Pangilinan, said he was very happy to be here in Cebu and that he looked forward to meeting their volunteers and supporters as he thanked them for the warm welcome.

Robredo and Pangilinan highlighted their first day’s visit to Cebu with a courtesy call to Cebu Archbishop Jose Palma at the Archbishop’s Palace on Friday morning.

Robredo then met with the sectoral groups in Cebu City at the covered court inside the Archbishop’s Palace compound.

They also met with the different communities and beneficiaries of the Sustainable Livelihood Program through the Office of the Vice President (OVP) at the Pagtambayayong Foundation Inc. (PFI) along Alcantara Street, Cebu City.

Robredo said Cebu has been very sentimental to her, citing that her husband, the late Jessie Robredo was in Cebu when they had their last conversation before the latter died in a plane crash.

Robredo said they will come back here in Cebu when the campaign period starts.

Both the presidential and vice-presidential candidates were accompanied by senatorial aspirants Teddy Baguilat and Alex Lacson at the PFI as well as during the inauguration of their campaign headquarters along Mango Avenue in Cebu City.