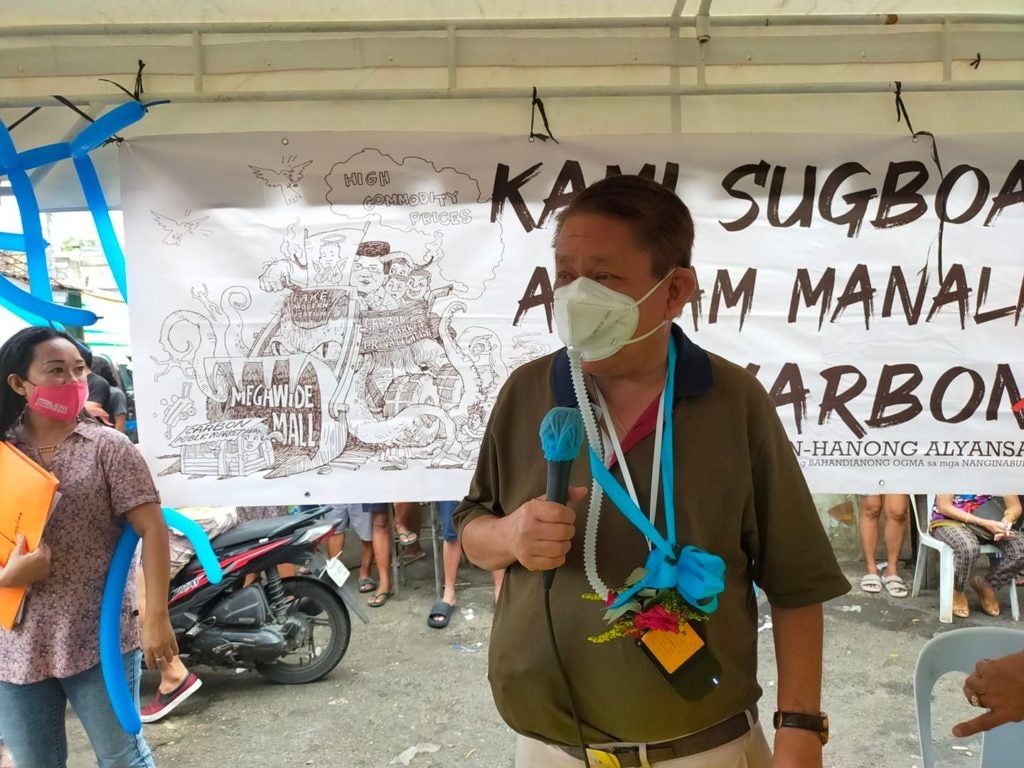 Former Cebu City Mayor Tomas Osmeña says during a press briefing today that he will help the public to keep the Carbon Market. | Delta Dyrecka Letigio

In a rare press conference, the former mayor appeared in front of Carbon Market vendors and promised them that Bando Osmeña Pundok Kauswagan (BOPK) would help them keep the Carbon Market with the public.

“It is an insult to the people of Cebu. Baga iyang (Mayor Michael Rama) nawng, iyang giadmit nga he did not read it. Mao na naghangyo silag curative measures kuno,” Osmeña said.

(It is an insult to the people of Cebu. He (Mayor Michael Rama) has the gall to admit that he did not read it. That is why they requested for curative measures.)

“It’s already illegal, the crime has been committed, now daghan kaayog rason nga we will be able to cancel the contract,” said the former mayor.

(It’s already illegal, the crime has been committed, now, we have several reasons that we will be able to cancel the contract.)

Osmeña offered his resources and promised the vendors that he would shoulder the cost for any legal action against the Carbon Market Joint Venture Agreement (JVA) of the city government and the Megawide Construction Corp.

(I will give the assurance that I am ready to help in all the legal expenses … justice will reach the poor.)

Should his wife, former Councilor Margot Osmeña, be elected as mayor of the city in 2022, he said she would exhaust all efforts to rescind the contract if it would mean a court battle.

Incumbent Mayor Rama said Osmeña had the right to his own “imagination.”

“He is entitled to his imagination. There is a timetable for that (supplemental MOA). Ang MOA, which I was very clear is regarding refinement, amendment, and purely curative direction,” said the mayor.

Rama said the negotiations were ongoing and he would want the concrete progress by January 2022.

He promised the vendors that there would be changes in the JVA by next year before the permanent infrastructure would be put in place.

As for political comments of his opponents, Rama said they could criticize all they want, but the city would continue to do what would be best for the public.

Read Next
Mandaue City: No COVID cases in 13 out of 27 brgys