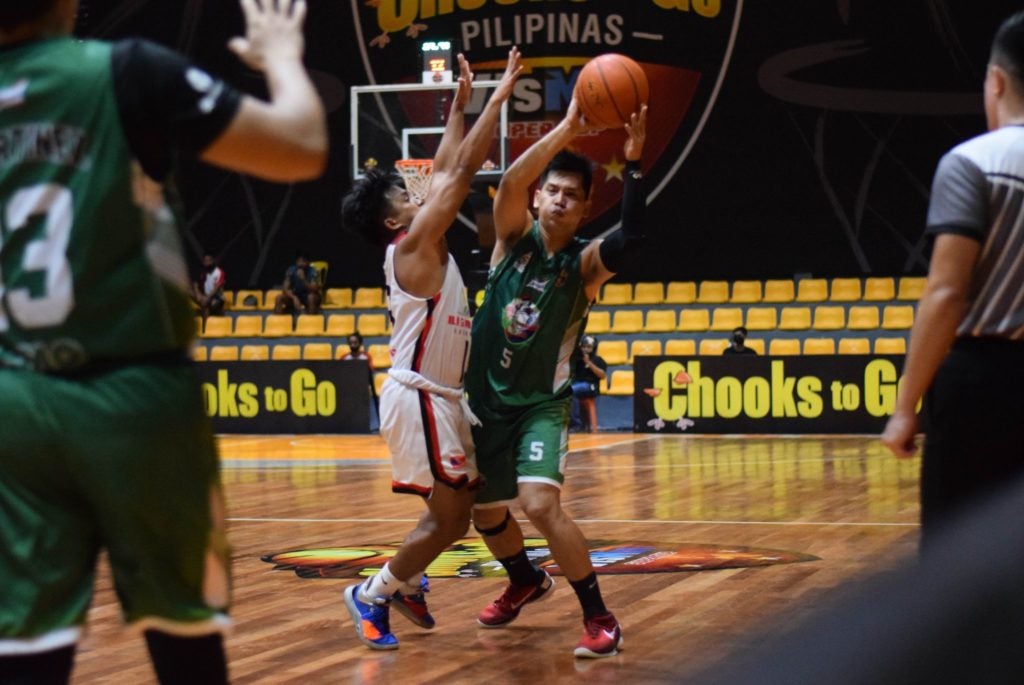 Marlon Monte (5) of Roxas tries to pass the ball while being heavily defended by Iligan during their game in the VisMin Super Cup. | Photo from VisMin Super Cup Media Bureau

Eugene Torres nailed a three-pointer at 4:39 mark of the final period which pulled the Archangels to just four, 76-80, against Roxas.

However, they struggled to score in the final stretch regardless of their effort and went to 1-of-10 in field goals.

On the other hand, Roxas’s James Martinez, Marlon Monte, and Jon Valin all scored crucial buckets to seal the win.

Monte topscored for Roxas City Vanguards with 20 points to go with four assists and three rebounds, while Martinez and Tabi combined for 23 points.

Embons Bonleon had a breakout game of 17 points on 6-of-12 shooting alongside three assists and two blocks.

The Vanguards hiked their record to 2-2, tied for third with Pagadian and Zamboanga Sibugay, while the Archangels absorbed their third-straight loss to stay at rock bottom behind a 1-4 card.

Arche Salo was stretchered out of the court after hitting his left knee, which then bled, on a wooden platform at the table officials’ area in the fourth frame.

Iligan seeks a bounce-back win when it plays against Zamboanga Sibugay tomorrow, 6:30 pm. Meanwhile, Roxas faces Basilan on Sunday at 6:30 pm as well.