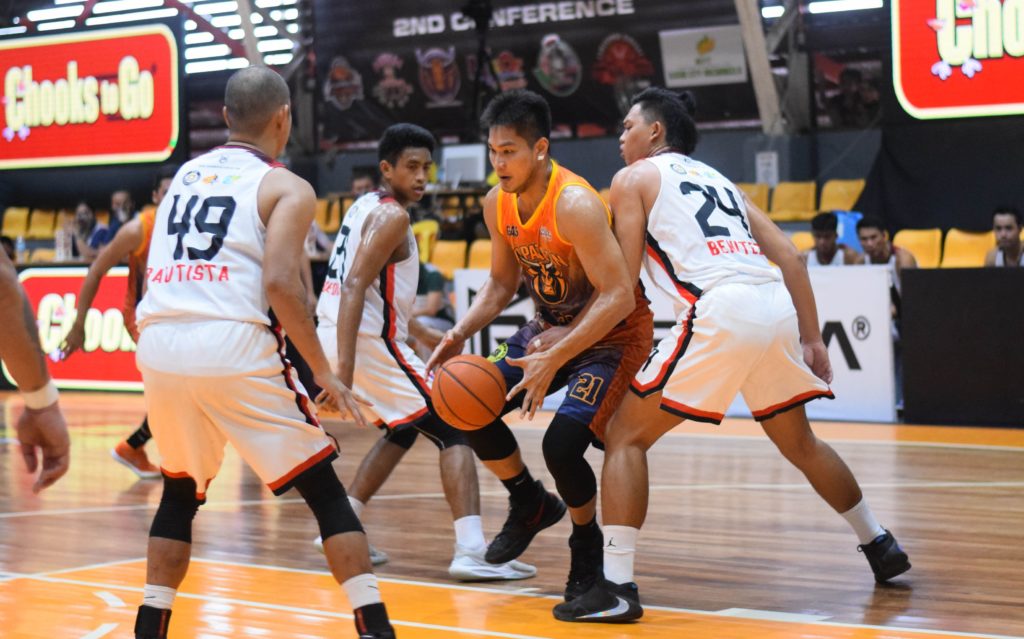 CEBU CITY, Philippines — The BYB Kapatagan Buffalos send the MFT Iligan City Archangels to the bottom of the standings with an 87-69 win in the Chooks-to-Go Pilipinas VisMin Super Cup Mindanao Challenge, on Monday evening, December 6, at the Pagadian City Gymnasium.

The Buffalos share the top spot with Globalport-MisOr Valientes with a 6-3 (win-loss) slate apiece. The Archangels, meanwhile,  suffered their eighth defeat in the tournament along with two wins to remain at the bottom of the standings.

The Archangels were initially leading the game after three periods, but they seemed to run out of gas when the final period came. The Buffalos capitalized on the Archangels scoring drought and unleashed a 16-4 run to to grab a huge lead,77-57, with five minutes to go.

The Buffalos went on maintaining their big lead until the final buzzer.

(Since at the start, I told them not to be complacent. Don’t look at the standings because we can beat them.)

Cebuano Edrian Lao led the Buffalos with a double-double outing of 19 points 16 rebounds plus four assists and three blocks.

Dave Tagolimot registered a double-double with 11 rebounds and 10 assists amidst scoring zero for the Archangels.

Iligan still has a chance to improve their standings by taking on the Roxas Vanguards at 4 p.m. tomorrow while Kapatagan faces Basilan at 6:30 p.m.