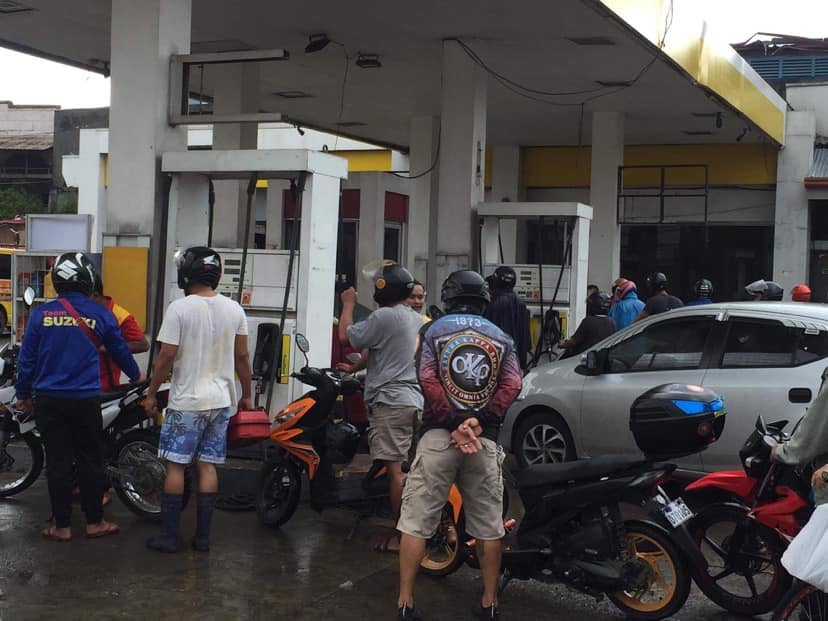 This after the Cebu Provincial Government, Cebu City Government, and oil companies agreed to impose regulations in the purchase of fuel amid issues arising due to the devastation left by Typhoon Odette.

Cebu Governor Gwendolyn Garcia is expected to issue a memorandum to formalize the decision, which is done in order to prevent hoarding, overpricing, and selling fuel in black markets.

Some of the regulations to be introduced included banning consumers who wish to purchase fuel using external containers.

Commercial establishments and individuals who own generator sets, however, are exempted from such policy. They will only have to provide proof of ownership of a generator set.

The government has also set a cap for buyers of fuel for their generator sets.

On Tuesday, December 21, the province and city government met with managers of oil firms and fuel tankers to address rising concerns regarding the distribution of fuel in Cebu.

Long queues of vehicles, with some lining as early as 1 a.m., remained a problem in most operational gas stations.

The Department of Energy (DOE) has earlier reported that fuel supply in the entire island of Cebu remained stable.

But the absence of a stable power supply shut down multiple gas stations as energy is needed to pump out fuel from underground tanks.

Power distributors here, for their part, assured the government that they will also be prioritizing fuel suppliers in their reenergizing efforts.

Cebu is under a state of calamity due to the destruction left by Odette which hit the island last December 16.